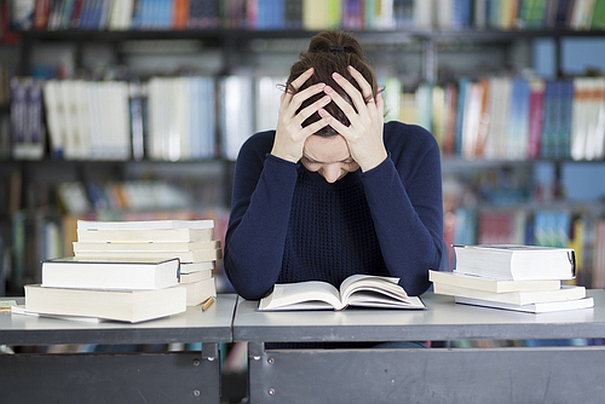 Grads and Degrees: The Dilemma of Finishing College

PORTLAND—In an effort to counteract college drop-out rates, President Barack Obama set a national goal in 2009: By the year 2020, the United States will once again have the highest proportion of college graduates in the world.

To reach this goal, the U.S. Department of Education projected that the United States will need a 50 percent increase in graduation rates nationwide, making the role of each college and university to ensure the retention of current students as well as recruitment of new ones.

Effects of Meeting the Goal

Many young students are primed for college, but the pressure on students to pick a degree and a job at a young age may be harming them in the long run. High school students face immense pressure from family, teachers, and college prep sources while preparing themselves for the competitive entry into college in hopes of entering the shaky job market and making a decent living; however, at such a young age, a question remains of how many high school students really understand their purpose for going to college.

Clare Kaluzynski, a senior in arts and letters at Portland State University (PSU), graduated high school in the top 10 percent of her class—and did so a year early. During that year, Kaluzynski entered the workforce and was employed part-time in an accounting position, but she left in order to attend college. “I went to college even though I wanted to stay at my job,” she said.

“I didn’t really feel ready for college,” she added. “Fear was projected that if I don’t go now, I’ll never go.” Both of Kaluzynski’s parents received no financial support in their higher educational pursuits. One of her parents has a master’s degree the other a Doctorate of Medicine.

Kaluzynski spent two years at her first college before withdrawing to attend a community college, where she attained her two-year associate’s degree. As Kaluzynski began her job search, it became apparent there was much more value in a four-year bachelor’s degree. “I hardly got any responses in the job search with my two-year degree, so I decided to get a four-year,” she said. “For a long time I didn’t put much into the idea of a four-year degree.”

Shea McSheery, a senior in liberal studies at PSU, entered college right out of high school. Since then, he has spent the last six years at two different universities, and now he faces an astounding $80,000 in student debt—much of which is the result of paying out-of-state tuition.

McSheery feels that obtaining a college degree was never an option, but rather a requirement—one that high school began paving the way for. “In high school they prepped us. A lot of effort was put forth into prepping us for college—as if we had no other option,” he said. “This was in addition to the extreme pressure I received from my family.”

McSheery’s situation is not unique. “Pathways to Prosperity,” a 2011 study conducted by the Harvard Graduate School of Education, shows that after six years, a mere 56 percent of students graduated with four-year degrees within a six-year timespan.

“There’s lots of kids I meet with one quarter, semester, or year to go, and then they end up dropping out,” McSheery said. “It’s hard to get support and direction, to find something you want, so dropping out becomes easier.”

Regrets of the Underemployed

“Voice of the Graduate,” a May 2013 survey by the McKinsey Institute that focuses on student perspectives, found that one-half of all graduates express regret over their chosen major. The survey also found that many grads have trouble finding work in their field of study, and that one-third even feel unprepared for work after college.

Moreover, nearly one-half of all graduates with bachelor’s degrees are underemployed, and they indicate that their current jobs do not even require four-year degrees. However, despite the fact that they are working within the bounds not dictated by their education, they must continue loan repayment at their current wage.

The vast majority of those who actually make use of their four-year degrees are those who graduate in math, science, engineering, and technology, but there is an additional demand in the education and health-related fields, the survey indicated.

Overall, however, staggering numbers of grads remain unemployed or underemployed. According to a 2012 report by the Associated Press, about 1.5 million, or 53.6 percent, of bachelor’s degree holders under the age of 25 were jobless or underemployed last year. Such numbers were the highest in at least 11 years.

“A few years ago, I would have been completely against the idea of getting a four-year degree, but now I understand the importance … I just didn’t have the maturity at 17,” said Kaluzynski. “I still don’t know what I want. It’s more about committing to finishing a four-year degree.”