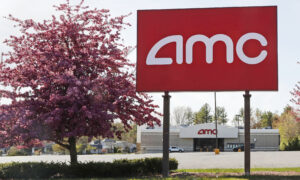 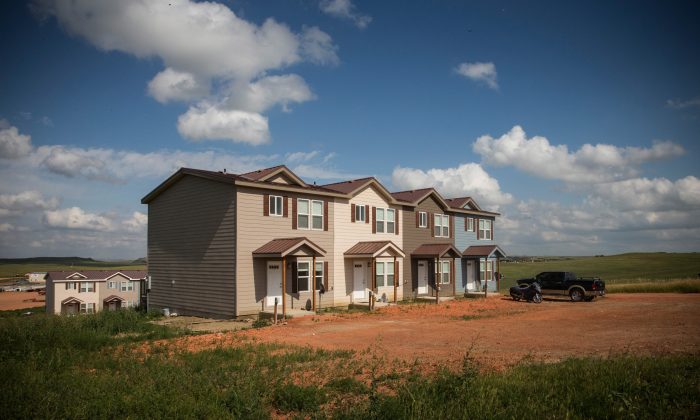 Townhouses are seen next to a highway in North Dakota, July 29, 2013. (Andrew Burton/Getty Images)
Business & Economy

Creative use of ‘eminent domain’ eases repayment costs, but comes at a price
By Heide B. Malhotra

Under the arcane law of eminent domain, U.S. federal, state, and local governments have the power to take private property for public use. However, without a narrow classification of the term, “eminent domain” can be used by governments to further an agenda much different than the law intended.

Recently, local governments across the country have used eminent domain to ease the debt burden on people who own homes with underwater mortgages.

In 2005, the U.S. Supreme Court ruled that eminent domain allows a government to take over private homes and sign them over to private firms for economic development. This would be constitutional and satisfy the public use requirement of the Takings Clause of the Fifth Amendment.

Independent observers, however, question the fairness of the ruling. In the 2005 Supreme Court decision regarding the case Kelo v. City of New London, for example, “the Court abused precedent, reinforcing grave errors by extending the misinterpretation of ‘public use’ as being the equivalent of ‘public purpose,’” states an analysis by the Heritage Foundation.

“The question, then, is not what kinds of property can be taken, but only whether fair value really is paid and a proper public purpose justifies the forced sale,” stated Hockett.

Getting Creative with Eminent Domain

Using the Supreme Court ruling, cities across the United States have become innovative in their approach to solving the underwater mortgages dilemma.

Underwater mortgages are home loans where the mortgage is higher than the current market price of the home. Therefore, the homeowner is paying on a loan that is more than the value of the property and is usually unwilling to sell at a loss.

Despite the recent signs of recovery in the housing market, at the end of March 2013, there still were 13 million homeowners with underwater mortgages, according to a May report by online real estate database Zillow.

One way to relieve property owners of their crushing debt loads is for a city to seize home loans or the property from banks through the use of eminent domain.

One method would have the city buy the home from the lender at market price and extend a significantly reduced loan to the homeowner. To have the lender consent, city officials warned the banks they would seize the properties through eminent domain.

Steven M. Gluckstern, chairman of Mortgage Resolution Partners (MRP) came up with another idea. Since 2012, Gluckstern has toured Southern California trying to familiarize politicians how eminent domain would apply to underwater mortgages.

Gluckstern, through his firm, would arrange funding for the cities to buy up bank loans or properties, “reduce the loans’ principal and resell them to new investors, who’d cover the city’s costs and MRP’s brokerage fee,” states a recent Mother Jones article.

“The securitization industry, in an apparent attempt to bluff municipalities out of doing what is in bondholder, homeowner, and community interest alike, has put out a great deal of misinformation,” writes Hockett.

Criticism also comes from other corners: “[The] use of eminent domain raises very serious legal and constitutional issues … such a use would trigger costly legal challenges with uncertain and uneven results,” states a recent joint letter to Congress by members of the Mortgage Bankers Association (MBA).

In addition, the Federal Housing Finance Agency (FHFA) said in an August 2012 announcement that it was concerned about the knock-on effect the use of eminent domain would have on home mortgage origination, as banks’ trust in the property rights system vanishes.

This is the reason why in mid-July, Congressman John Campbell (R-Calif.), reintroduced legislation that would prohibit Fannie Mae and Freddie Mac from buying mortgage loans originating in localities where the eminent domain doctrine had been applied during the past 10 years.

While cities want to help homeowners with underwater mortgages, excessive use of eminent domain could undermine belief in the property rights system. And Wall Street is always out there to make a quick buck.