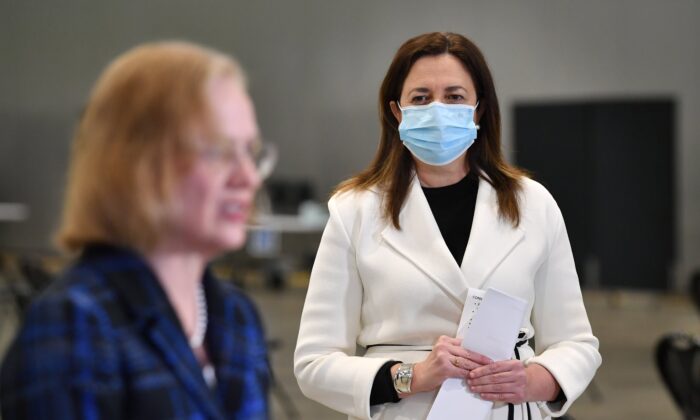 Governments Cracking Under the Weight of COVID-19 Bureaucracy

Social engineers have long aspired to perfect the world by improving humans and their living conditions. But such “improvement” can only be achieved when an “elite” segment of society has increasing control of our world.

What we have seen around the globe over the past year with the advent of COVID-19, is that the “elites” have been presented with the perfect excuse to begin building the real mechanisms of social control and management. An opportunity they have seized with both hands.

COVID-19 became a gift to aspiring social engineers—who chase the votes of people keen for more of a nanny state bureaucracy—by providing them with more (taxpayer-funded) welfare, services, therapy and “help.”

During the pandemic, the result has been the growth of medical bureaucracies wherever social democrat politicians are in power.

Chief medical officers suddenly found themselves handed the power to close borders, impose lockdowns, and create a vast array of rules and regulations.

But giving bureaucratised experts too much power can backfire on politicians. Mass systems of “command and control” can end up becoming too complex—and complexity can eventually overwhelm the bureaucrats trying to run the systems they have built.

The Soviet system was a classic example of this. Under Stalin, bureaucratised social engineering delivered initial success, but eventually, the economic system became too complex for bureaucrat-managers to get their heads around.

The collapse began with the inability of the system to keep supermarket shelves stocked, but then later spread to the bigger systemic meltdown under the Gorbachev era.

This week we saw a similar unravelling hit Queensland, where a social democratic government had built an overly complex system to control COVID-19.

For months, the government ran a highly publicised medical autocracy wherein the premier, chief medical officer, health minister, and a large team of media advisors, ran a daily press conference (or media show) to persuade voters that border closures and complex health restrictions were saving them from the pandemic.

But eventually, the bureaucracy became too complex.

Certainly, Queensland’s government has discovered they could not simultaneously manage all the contradictions between what the media advisors wanted; the complex rules of border closures; a system of hotel quarantine for people entering Queensland; plus a separate system of “quarantine bubbles” for sports teams and film celebrities.

The bureaucracy simply grew too complex, and they lost control when the prevailing narrative unravelled in the face of trying to manage too many contradictions.

Ultimately, Queensland’s premier was forced to apologise after the public mood turned sour when the government closed the Queensland-New South Wales state border—preventing Queenslanders from returning home because of a supposed “lack of space” in the hotel quarantine system. Yet, at the same time, the families of 100 rugby league players and officials were allowed into the state into a “quarantine bubble.”

This all happened while Queensland had zero cases of community transmission.

State Premier Annastacia Palaszczuk, in this case, was forced to back down, change the rules, and allow 50 extra Queensland families to enter the state’s quarantine system.

Despite this difficult episode, the government is still clinging to its opposition to the prime minister and the National Cabinet’s plan to open all Australian borders once 80 percent of the population is vaccinated.

Perhaps the problem is that Queensland is now trapped by the medical bureaucracy it created?

Once the machinery is built, the swamp tends to take on a life of its own. Experts-in-charge become harder to challenge, supported by the bureaucracy that supplies them with a never-ending stream of evidence to back their decisions.

The bureaucracy also continues to grow, with entrenched rules shaping the culture of the organisation and newcomers, while left-leaning journalists reinforce the system rather than probe it.

Regular folk, who are simply not equipped to challenge decisions or mandates, stand on the outside looking in, and can only comply.

In the coming months, the ongoing stoush with the federal government and National Cabinet plan will reveal just how entrapped Queensland’s politicians are in the bureaucracy they created.