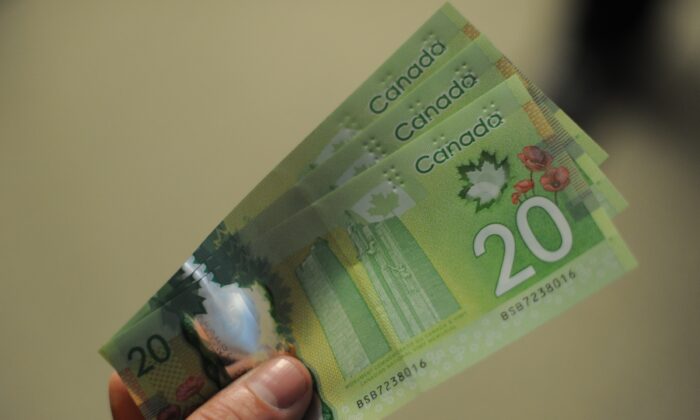 Despite claiming a return to fiscal responsibility, most governments across Canada continue to increase spending with no signs of a balanced budget in sight, argues Jake Fuss, associate director for fiscal studies at the Fraser Institute.

“Projections for government revenues increased significantly across the country due to unexpectedly high commodity prices and a faster-than-anticipated economic rebound from COVID,” he said in a report. “The boost in revenue would normally be welcome news since governments could use the additional money to reduce their deficits or balance their budget entirely.”

Fuss says that as an example, the revenues in 2022 are $30.5 billion higher than what the government projected in last year’s budget. But the government didn’t reduce the deficit by much in 2022, and instead introduction an “additional $22.4 billion in program spending relative to the previous budget.”

Fuss said that eight out of ten provinces chose not to work toward balancing their budgets in 2022, and five provided an estimated date for when they would return to a balanced budget, including Saskatchewan and Newfoundland and Labrador, with earliest estimates being four years. Provinces such as Ontario and Quebec show no signs of balancing their budgets before 2027/2028.

Fuss says the “bright spots” are in New Brunswick and Alberta, with both “projecting relatively small surpluses” and New Brunswick actually managing to balance its budget during the pandemic.

These bright spots notwithstanding, he says that the failure of most governments to begin working toward balanced budgets will have dire consequences going forward.

“The failure to restrain government spending in most regions means that Canadian governments will add debt that would not otherwise exist, making it even more difficult to improve financial sustainability,” he warned.

A newly released report by Fuss and his colleague Milagros Palacios delves into polls gauging how Canadians think about the programs where this spending occurred.

They argue that since governments rationalize much of this spending by saying Canadians support it, “the current discussion of such programs is largely founded on the belief that they enjoy overwhelming support.”

However, they say, most of the polls that show this immense support did not attach a cost to the programs.

As much of the federal government’s budget relies on borrowing from taxes, they argue, adding this context to the questions Canadians are asked presents a more accurate picture of how Canadians feel about the spending.

They commissioned a Leger poll that asked first if Canadians supported a program and then asked a follow-up that attached a cost to see how answers would differ.

When asked the same question but with the caveat that this would mean a GST increase from 5 percent to 7 percent, Fuss and Palacios found that total support “is cut in half when Canadians consider its potential tax implications.”

For national dental care, 72 percent generally supported the idea, but this also dropped to 42 percent once a GST increase was attached.