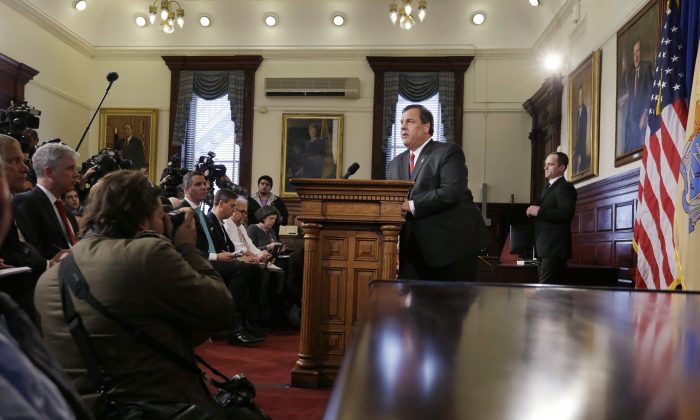 The law firm hired by New Jersey Gov. Chris Christie to exonerate him of wrongdoing in the George Washington Bridge scandal has donated $10,000 to the GOP. The New York City-based firm of Gibson, Dunn & Crutcher LLP donated the money to the national Republican Governors Association (RGA), which Christie leads, just a few days after their investigation cleared him of wrongdoing. The report was made publicly available on March 26 and the firm made their donation to the RGA on March 31, as reported by the Bergen Record.

Through his aides and associations, Christie was linked to what appeared to be a deliberate act to slow traffic on the busy bridge between New York City and Fort Lee, New Jersey last year. He has denied any knowledge of or involvement in the affair.

Christie took the helm of the RGA in late Nov. 2013, and Gibson Dunn’s contribution to Christie’s organization is one of more than 1,000 of varying amounts to the GOP since the beginning of 2014. The details of contributions are the first public glimpse of how Christie has fared leading the organization when it comes to fundraising, though they are not short on cash.

According to the RGA, they started the 2014 election cycle with more than $45 million in cash.

For the New Jersey governor and potential presidential hopeful, they should be allowed to collect much more. At a town hall event on Tuesday, Christie argued for an end to national limits on political donations, as long as they are made public.

The Gibson Dunn investigation, which is available online, consists of interviews with 75 individuals about the incident with the bridge. Dawn Zimmer, the mayor of Hoboken, New Jersey was the most frequently mentioned person during the interviews, which is more than 400 pages. In January, Zimmer leveled allegations that Christie had clearly signaled to her to support a development project in her town or risk slowing Superstorm Sandy recovery funds.