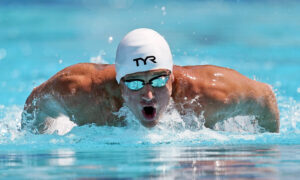 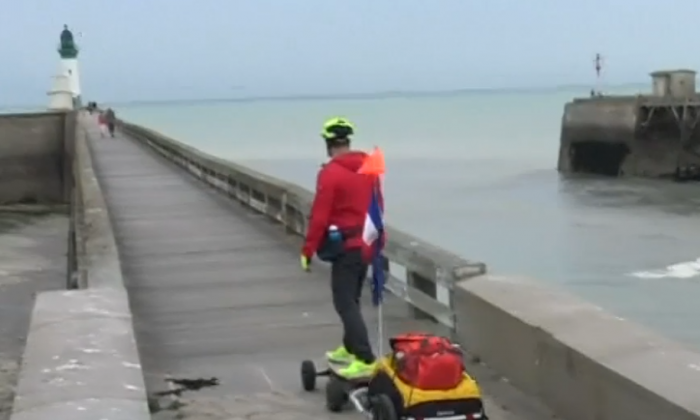 Globe-Circling Rollerblader Repeats the Ride on a Skateboard

The 48-year-old Frenchman figured, why not celebrate turning 49 by repeating the trip on a skateboard?

Fabrice Gropaiz rollerbladed around the world at age 28. He put a tent in a backpack and set out on a rainy morning on a 17,000-mile trip that took him 28 months.

After a two-decade hiatus, Gropaiz has decided to resume his circumnavigating. This time his conveyance will be an electric skateboard.

That will certainly be easier than rollerblading when he needs to cross mountains.

He departed his hometown of Mers-les-Bains on a 1,864-mile tour of France on June 27, to test the system.

His skateboard has an oversized battery, and he will tow a trailer which carries a solar panel. He plans to ride for six to eight hours each day.

“If I can do a tour of France and a tour of the world, you can easily go to work on a skateboard,” he said.