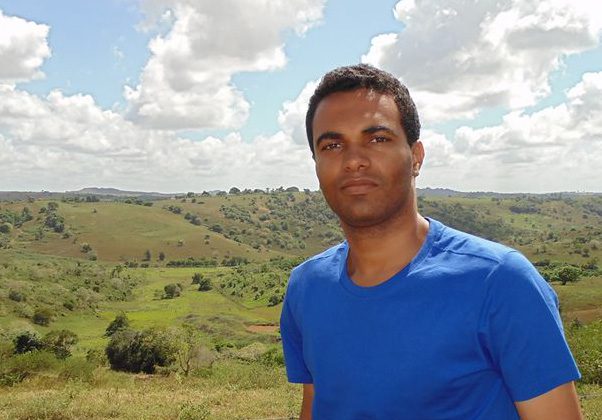 Lauro de Freitas, Bahia, Brazil: Anderson Melo Bernardino, 30, Storekeeper / Inventory Manager: Graffiti is a form of manifestation of art in public spaces and is connected directly to various movements, such as Hip Hop, which is the way to express the reality experienced by all people—disadvantaged, residing in slums, such as oppression that humanity lives, also reflects the reality of the streets. The Brazilian graffiti is recognized as one of the best in the world. Unfortunately, many people do not yet know the difference between graffiti and vandalism… Unlike vandalism, which undermines public property, causes visual pollution, and are sometimes used by gangs to mark the place of domains with features by writing on walls, buildings, monuments and public roadsides.
Global Q&A

Global Q&A: ‘What do you think of graffiti? Vandalism or urban art?’

Graffiti is viewed both as vandalism and urban art. People express local community living experiences through graffiti, attracting appreciation from some whilst to others graffiti is seen as visual pollution. This is what Epoch Times reporters from areas such as Argentina to Columbia discovered when they asked locals, “What do you think of graffiti? Vandalism or urban art?”

Look for the Global Q&A column every week. Epoch Times correspondents interview people around the world to learn about their lives and perspectives on local and global realities. Next week’s global question, “Is there friendship between neighbors where you live?”