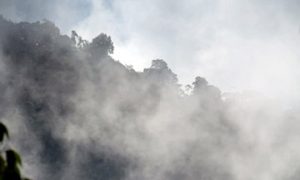 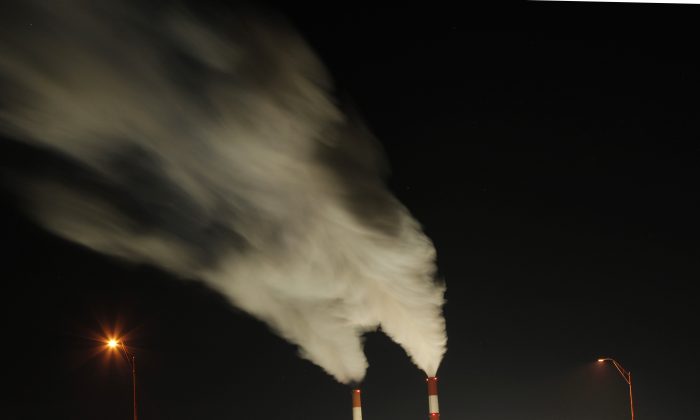 In this Jan. 19, 2012, file photo time exposure image smoke rises from the stacks of the La Cygne Generating Station coal-fired power plant in La Cygne, Kan. President Barack Obama says he'll unveil a national plan to combat climate change in a speech Tuesday, June 25, 2013. Obama says in an online video that he'll lay out his vision for reducing carbon pollution, preparing the U.S. for the effects of climate change and leading other nations in the global effort. (AP/Charlie Riedel)
Science

Global CO2 Emissions Increase to New All-Time Record, but Growth Is Slowing Down

2013 saw global CO2 emissions from fossil fuel use and cement production reach a new all-time high. This was mainly due to the continuing steady increase in energy use in emerging economies over the past ten years.  However, emissions increased at a notably slower rate (2%) than on average in the last ten years (3.8% per year since 2003, excluding the credit crunch years).

This slowdown, which began in 2012, signals a further decoupling of global emissions and economic growth, which reflects mainly the lower emissions growth rate of China. China, the USA and the EU remain the top-3 emitters of CO2, accounting for respectively 29%, 15% and 11% of the world’s total. After years of a steady decline, the CO2 emissions of the United States grew by 2.5% in 2013, whereas in the EU emissions continued to decrease, by 1.4% in 2013.

In 2013, global CO2 emissions grew to the new record of 35.3 billion tonnes (Gt). Sharp risers include Brazil (+ 6.2%), India (+ 4.4%), China (+ 4.2%) and Indonesia (+2.3%). The much lower emissions increase in China of 4.2% in 2013 and 3.4% in 2012 was primarily due to a decline in electricity and fuel demand from the basic materials industry, and aided by an increase in renewable energy and by energy efficiency improvements. The emissions increase in the United States in 2013 (+2.5%) was mainly due to a shift in power production from gas back to coal together with an increase in gas consumption due to a higher demand for space heating.

With the present annual growth rate, China has returned to the lower annual growth rates that it experienced before its economic growth started to accelerate in 2003, when its annual CO2 emissions increased on average by 12% per year, excluding the credit crunch years. In 2013, the Chinese per capita CO2 level of 7.4 tonnes CO2/cap just exceeded the mean EU28 level of 7.3 tonnes CO2/cap, which is 50% above the global average. It is still less than half than those of the United States of 16.6 tonnes CO2/cap, which has one of the highest per capita emissions.

In terms of CO2 emissions per 1000 US$ of Gross Domestic Product (GDP), China is declining, yet still scoring high with 650 kg CO2 per 1000 US$ of GDP. In comparison, China’s emissions per 1000 US$ of GDP are almost twice those of the US (330 kg CO2/1000 US$) and almost three times those of the EU (220 kg CO2/1000 US$). This is due to a relatively high, although steadily declining, energy intensity of the sectors contributing to GDP growth. China started to take new measures to improve energy efficiency and to make a fuel shift away from coal, including coal consumption targets, an increase in hydropower and structural changes.