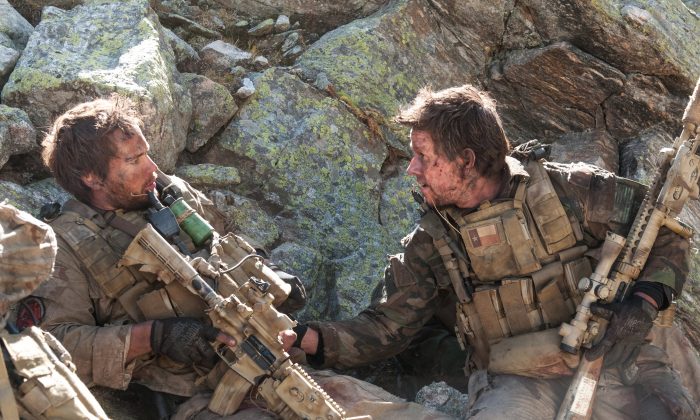 Glenn Beck, the controversial former Fox News host who now has his own television station, Blaze TV, said that he will pay for Amy Nicholson to fly into his Dallas studios if she will read her “Lone Survivor” review to Marcus Luttrell, the former Navy SEAL on whom the movie is based.

Nicholson panned the movie in her review for LA Weekly, saying that it “has to much violence and jongoism for its own good.”

Her comments include lambasting the onslaught of violence and saying that the portrayal of the situation was too simplistic, as in “brown people bad, American people good.”

The movie is about four Navy SEALs who get stuck in a situation in Afghanistan and try to escape alive.

Beck said on his show that: “I mean this sincerely – I will fly you first class. I will put you up at the Four Seasons … You will dine on the finest possible food, and you will come in here and you will sit down and speak these words to Marcus Luttrell. If you have the [gumption] to say what you just said to Marcus Luttrell and back it up, go for it.”

Nicholson didn’t sound interested, tweeting in response that: “Glenn Beck listeners: My review calls the SEALS heroes. My problems were with the director, not Luttrell.”