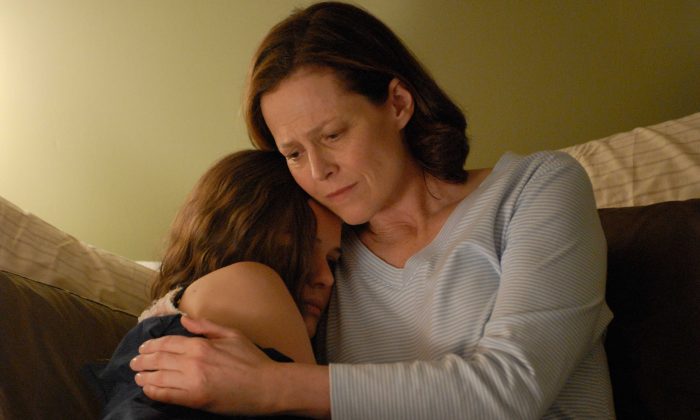 Movie Review: ‘The Girl in the Park’

By Chris Sloley
Print
The term “chick-flick thriller” may be a heart-dropping oxymoron to see in a plot synopsis, but somehow David Auburn’s tense family drama actually manages to transcend its billing and deliver a measured portrayal of family loss.

The weight of the piece is carried by Sigourney Weaver as grieving mother Julia Sandburg, whose daughter Maggie mysteriously vanished on a trip to the park in what can be considered any parents’ worst nightmare.

Skipping ahead 16 years, the now anti-social and alone Julia still shoulders the burden of her loss, with it even overshadowing the impending nuptials of her son (a brilliant supporting performance from Alessandro Nivola).

Entering her life with a hideous crash, dropout Louise (a mouthy Kate Bosworth) reawakens Julia’s motherly instincts and manages to actually overcome her hideously aloof ways. However, the problems start when it becomes apparent that Julia is moulding free-wheeling Louise into the shape of her erstwhile daughter, convinced that Louise is in fact three-year-old Maggie returned.

The opening of the film is told at a methodical pace, which could quite easily leave some audience members scratching their arm rest, and Weaver’s performance as a taut, insular misanthrope takes some getting used to. However, once Kate Bosworth’s trailer-trash Louise enters the fray, the contrast of Julia’s introverted nature and Louise’s flamboyance creates an unlikely affable duo.

Although, and in essence it is the strength of the piece, the slightly sinister undertones of their relationship are never far from the surface, and Auburn manages to orchestrate the peculiar nature of the scenario well and even avoids a clichéd or soppy finish.

Not hugely thrilling and too light on laughs to be deemed a traditional chick-flick despite some chuckles, it is still quite an engrossing family drama.