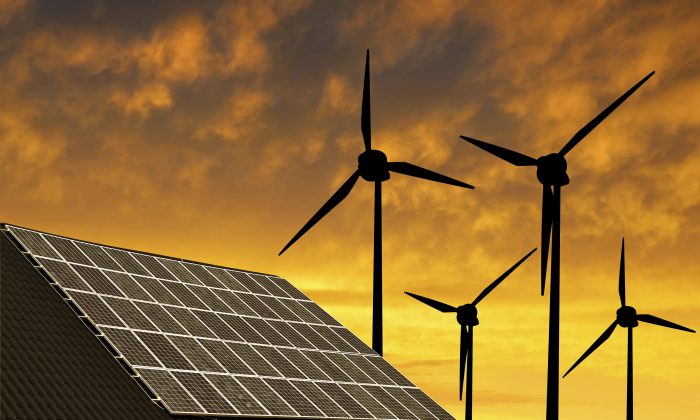 Germany’s Big Push for Renewables Is Paying Off

A new study finds that renewable energy can make a major and increasingly cost-effective contribution to alleviating climate change.

The report from Stanford University’s Steyer-Taylor Center for Energy Policy and Finance analyzes the experiences of Germany, California, and Texas, the world’s fourth, eighth, and 12th largest economies, respectively.

It finds, among other things, that Germany, which gets about half as much sunshine as California and Texas, nevertheless generates electricity from solar installations at a cost comparable to that of Texas and only slightly higher than in California.

The report comes in time for the United Nations Climate Change Conference that started this week, where international leaders are gathering to discuss strategies to deal with global warming, including massive scale-ups of renewable energy.

“As policymakers from around the world gather for the climate negotiations in Paris, our report draws on the experiences of three leaders in renewable-energy deployment to shed light on some of the most prominent and controversial themes in the global renewables debate,” says Dan Reicher, executive director of the Steyer-Taylor Center, which is a joint center between Stanford Law School and Stanford Graduate School of Business. Reicher also is interim president and chief executive officer of the American Council on Renewable Energy.

“Our findings suggest that renewable energy has entered the mainstream and is ready to play a leading role in mitigating global climate change,” says Felix Mormann, associate professor of law at the University of Miami, faculty fellow at the Steyer-Taylor Center, and lead author of the report.

Germany’s secret: Germany’s success in deploying renewable energy at scale is due largely to favorable treatment of “soft cost” factors such as financing, permitting, installation, and grid access. This approach has allowed the renewable energy policies of some countries to deliver up to four times the average deployment of other countries, despite offering only half the financial incentives.

Energy bills: Contrary to widespread concern, a higher share of renewables does not automatically translate to higher electricity bills for ratepayers. While Germany’s residential electric rates are two to three times those of California and Texas, this price differential is only partly due to Germany’s subsidies for renewables. The average German household’s electricity bill is, in fact, lower than in Texas and only slightly higher than in California, partly as a result of energy-efficiency efforts in German homes.

Grid stability: An increase in the share of intermittent solar and wind power need not jeopardize the stability of the electric grid. From 2006 to 2013, Germany tripled the amount of electricity generated from solar and wind to a market share of 26 percent, while managing to reduce average annual outage times for electricity customers in its grid from an already impressive 22 minutes to just 15 minutes.

Germany is Proving That Serious Renewable Energy Investment Pays Off

During that same period, California tripled the amount of electricity produced from solar and wind to a joint market share of 8 percent and reduced its outage times from more than 100 minutes to less than 90 minutes. However, Texas increased its outage times from 92 minutes to 128 minutes after ramping up its wind-generated electricity sixfold to a market share of 10 percent.

The study may inform the energy debate in the United States, where expanding the nation’s renewable energy infrastructure is a top priority of the Obama administration and the subject of debate among presidential candidates.

The current share of renewables in U.S. electricity generation is 14 percent—half that of Germany. Germany’s ambitious—and controversial—Energiewende (Energy Transition) initiative commits the country to meeting 80 percent of its electricity needs with renewables by 2050. In the United States, 29 states, including California and Texas, have set mandatory targets for renewable energy.

In California, Governor Jerry Brown recently signed legislation committing the state to producing 50 percent of its electricity from renewables by 2030. Texas, the leading US state for wind development, set a mandate of 10,000 megawatts of renewable energy capacity by 2025, but reached this target 15 years ahead of schedule and now generates over 10 percent of the state’s electricity from wind alone.