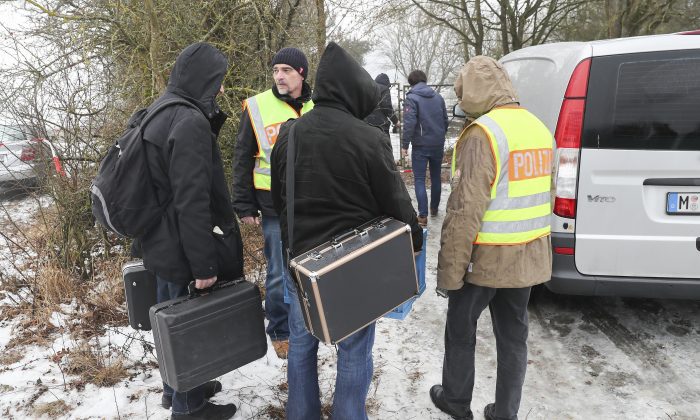 Police officers and forensics walk towards the private premises where the bodies of six teenagers were found near Arnstein, Germany, on Jan. 30, 2017. (Daniel Karmann/dpa via AP)
International

BERLIN—German investigators say six teenagers who died of carbon monoxide poisoning at a garden house in Bavaria had been using a gasoline-powered generator that wasn’t authorized for indoor use.

The owner of the garden in Arnstein found the bodies of his son, daughter and four other young men on Sunday morning. All were aged 18 or 19. He went to the house after failing to reach his children, who had held a party there on Saturday night.

Investigators determined Tuesday that carbon monoxide poisoning was the cause of death. On Thursday, Wuerzburg prosecutors and police said they had pinned down the generator as the source of the gas. They’re still looking into who was responsible for installing the device at the garden house.