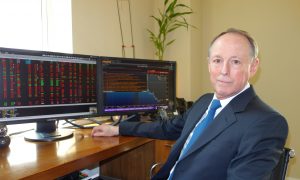 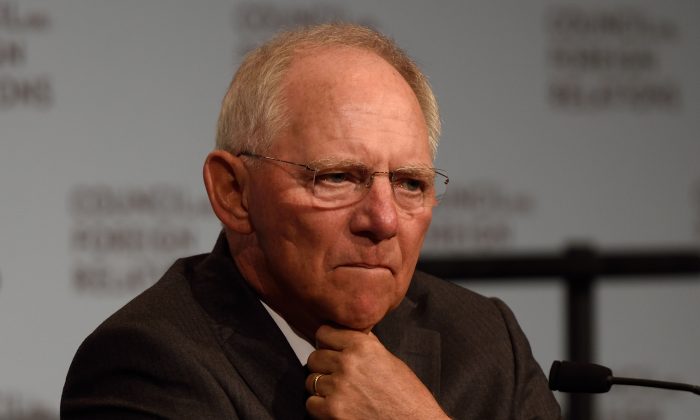 Recently the China-led Asian Infrastructure and Investment Bank has given the United States headaches. Now German finance minister Wolfgang Schäuble sheds light on why Germany joined the bank and why the West should find a common position on the issue.

“I am not amused that we did not get a common position of all G7 in this,” said Schäuble at a meeting at the Council on Foreign Relations on April 15.

He said he understood the American position and explained Germany’s reason for joining the bank, which is supposed to fund infrastructure projects in Asia. The United States had previously urged allies not to join the Chinese project because it could render Western-dominated institutions such as the Asian Development Bank less influential.

According to Schäuble, American Secretary of the Treasury Jack Lew told him the following: “We can’t join, because our Congress will never allow [it]. But if you will do it, then you have to stick to the content of the regulatory framework,” meaning that the new bank should adhere to international rules and regulations.

Germany thinks the West can better manage Asia’s role in the world economy by collaboration rather than isolation. The United Kingdom, Italy, and France have said they will become founding members of the bank alongside Germany and the project’s principals China and India.

“I believe China, India as well … Asian economies will play a more important [role]. But even this means that what we call a transatlantic partnership including Japan is even more important.”

He believes the West should get China and other Asian economies involved in the global economy. The United States and Europe should speak with a common voice to propagate Western values.

“[We have] to stand together in this common development, not only economically but politically as well,” Schäuble said.

In addition, Western values should serve as a backbone for the future cooperation between Europe and the United States, the East and the West.

“I am quite convinced that most people all over the world, of these 7 billion human beings in the world, [believe in] our values of democracy, rule of law, market economy, social coherence, and environmental sustainability.”