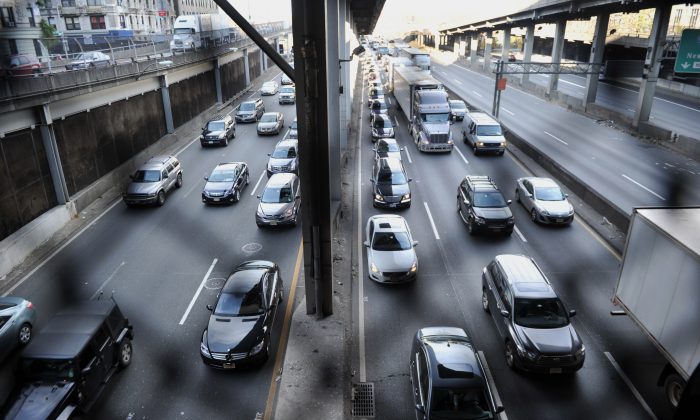 NEW YORK—Repairs on the George Washington Bridge are expected to shut down three of four upper-level lanes at a time and to last until the end of 2013.

The Port Authority of New York and New Jersey (PANYNJ) started the work on Aug. 12, redirecting traffic to the lower-level deck.

The work is being done during overnight hours from 11 p.m. to 5 a.m. Monday through Thursday and from midnight until 8 a.m. through Friday night. The work is related to an ongoing project to upgrade the bridge’s steel deck.

PANYNJ is recommending that drivers use alternate routes, as they are expecting delays.

George Washington Bridge’s upper-level structural steel roadway deck and support structure are being rehabilitated. It’s expected to extend the life of the bridge by as much as 20 years by replacing the steel that was installed in 1978.