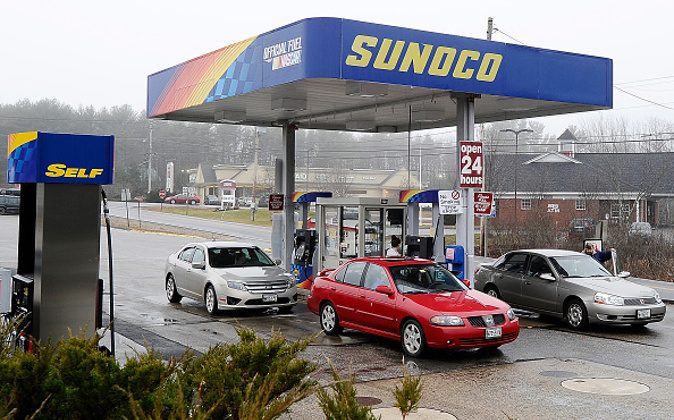 A Sunoco gas station in a file photo. (Photo by Gordon Chibroski/Portland Press Herald via Getty Images)
US

A gas station clerk in Miramar, Florida, was fired on July 17 after refusing service to a police officer.

In a press release by the Broward County Police Benevolent Association, an officer looking to purchase a Gatorade was denied service by a gas station clerk working at a Sunoco’s 1700 S. Douglas Road location.

When asked for service, the clerk refused with the comment, “Get out of my way, I need to attend to customers.” After other customers were allowed to order, the officer again asked the clerk why he wouldn’t complete the purchase, to which the clerk replied “Because I don’t have to, that’s why.”

“On a day when three officers are slain in Baton Rouge, Louisiana, and a fourth is fighting for his life, how can anyone deny service to a uniformed police officer?” Broward County PBA President Jeff Marano said.

The press release demanded that the employee be fired and called for a national boycott of Sunoco gas stations.

Sunoco officials later released a statement to WSVN, in which they confirmed that the employee has now been terminated while stressing that police officers are more than welcome customers of the brand.

A separate incident report obtained by Local10 filed by the rejected officer provides details from before the attempted transaction, which suggests that the clerk refused service due to the recent arrest of a friend.

According to the report, an individual had walked up to the officer at the refrigerator area asking why his “boy” was arrested. When asked who he was referring to, the person said, “ya’ll got my boy in the back of that car outside the gas station”. The officer said that he could not provide any information and the person walked away.

The report described the clerk as a black male with dreads.

The fired clerk also spoke with Local10 concerning his decision. The clerk says that he has no qualms with police officers and that police frequent the station, but says he feels this particular officer was rude to him.

The clerk mentions that he came up to the officer to ask for information regarding his arrested friend, to which he was cut off abruptly.

“He didn’t really let me finish my sentence,” the clerk said. “He just said ‘ain’t none of your damn business.'”