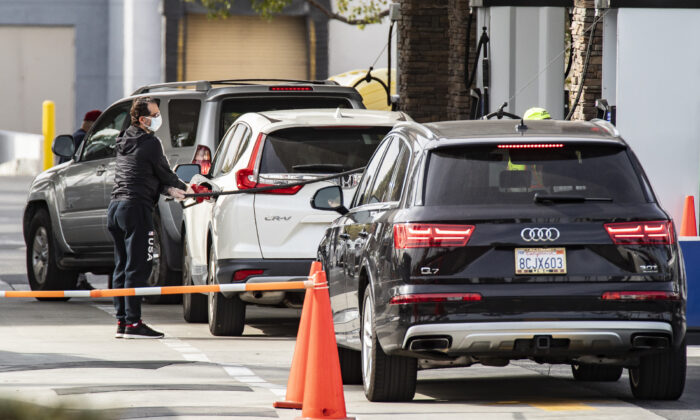 LOS ANGELES—The average price of a gallon of self-serve regular gasoline in Los Angeles County recorded its smallest increase in the last two weeks on March 13, rising 1 cent to a record $5.824.

The Orange County average price also recorded its smallest increase since Feb. 28, rising nine-tenths of a cent to a record $5.798. It has risen 22 consecutive days, increasing $1.038, including 1.5 cents Saturday, 1.7 cents

The smaller increases are the result of oil prices beginning to drop Wednesday after the United Arab Emirates announced it would increase oil production and “encourage other OPEC members to do the same,” said Doug Shupe, the Automobile Club of Southern California’s corporate communications and programs manager.

Crude oil costs account for slightly more than half of the pump price, according to the U.S. Energy Information Administration. The rest of the price includes the other components of gasoline, production costs, distribution costs, overhead costs for all involved in production, distribution and sales, taxes and carbon offset fees in California paid by the refineries.