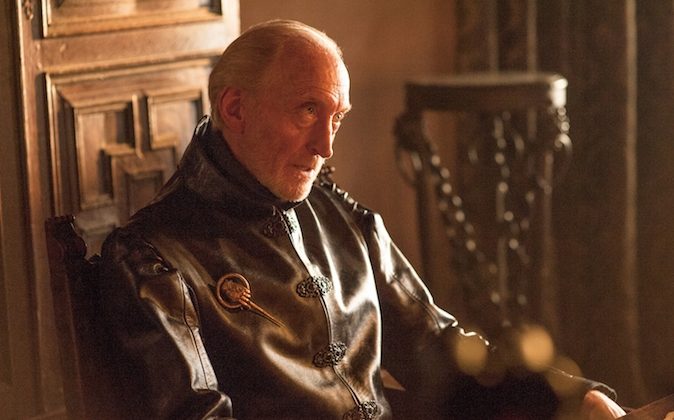 “Game of Thrones” will not be on Sunday night on May 25.

The show is taking a one-week break before it comes back for episode 8 on June 1.

The episode is titled “The Mountain and the Viper,” which presumably pits “The Mountain” against Oberyn Martell, who is called “The Red Viper.”

“Unexpected visitors arrive in Mole’s Town. Littlefinger’s motives are questioned. Ramsay tries to prove himself to his father. Tyrion’s fate is decided,” reads the description of the episode.

“I don’t think anything’s fair in King’s Landing, is it?” he told the Los Angeles Times about his character. “He’s the fall guy in this situation, isn’t he? They just wanted to make it all easy and make me go away, but I think Tyrion is quite a survivor. Hopefully he will find a way. I hope so, because I like my job. … It’s great fun. Since I’ve joined ‘Game of Thrones,’ it’s been such a pleasure.”

“It’s great storytelling,” Dinklage added. “It goes back to the writers, and television has gone through a transformation that’s really attracting great writers because the writers have creative control with a lot of these TV shows now. We have two of the best writers working today, David Benioff and Dan Weiss, and they make my job so much more fun. It goes back to the scripts.”