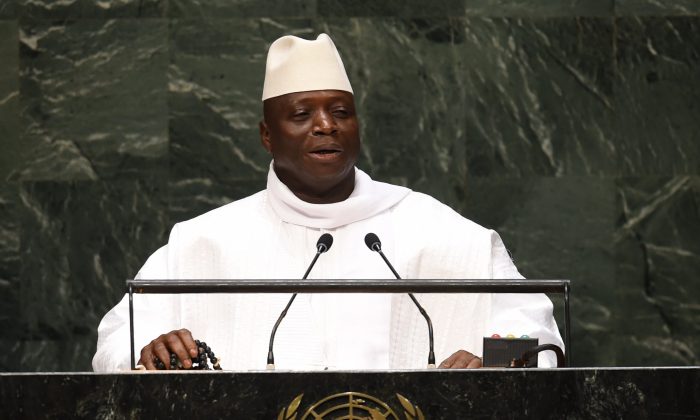 DAKAR, Senegal (AP) — Gambia’s president has declared the tiny West African country an Islamic republic, saying he decided this because Islam is the religion of the majority of its citizens and to break from the nation’s colonial past.

It does not appear that President Yahya Jammeh’s announcement changes Gambia’s laws or the country’s constitutional status as a secular state. Jammeh’s declaration was not to ally the country with the jihadist organization known as the Islamic State group.

Jammeh made the declaration Friday at a political rally in the coastal village Brufut, about 15 kilometers (9 miles) west of the capital, Banjul.

“In line with the country’s religious identity and values, I proclaim Gambia as an Islamic state,” the Gambian leader said. About 90 percent of Gambia’s 1.8 million people are Muslim.

Jammeh said the rights of Gambia’s Christian community will be respected.

Jammeh said that there will be no mandates on dress. “We will be an Islamic state that would respect the rights of all citizens and non-citizens.”

The head of the country’s Islamic body wouldn’t say if he endorsed the declaration.

Hamat Bah of the opposition National Reconciliation Party criticized the decision. “There is a constitutional clause that says that Gambia is a secular state,” he said. “You cannot make such a declaration without going through a referendum.”

Gambia is a popular beach destination for British tourists although Jammeh’s government has been frequently criticized by Britain and other Western powers for human rights abuses. Jammeh has ruled Gambia since seizing power in 1994.