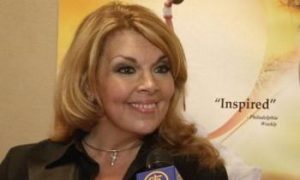 Rep. Gabrielle Giffords (D-Ariz.) has shown more progress in recovery since she was shot in the head on Jan. 8 outside a Safeway store in Tucson, Ariz.

At TIRR Memorial Hermann Hospital in Houston, Giffords has been showing emotions, good memory skills, and a decent grasp of song lyrics and even legislative business, according to The Associated Press.

The 40-year-old Democratic congresswoman has been undergoing extensive therapy first at University Medical Center in Tucson and later at TIRR. Her astronaut husband, Mark Kelly, has been visiting her frequently as he trains to be the commander of the space shuttle Endeavour's final flight into space in April.

C.J. Karamargin, Giffords’ spokesman, told AP on Thursday that the congresswoman has been receiving regular, detailed updates about the work being done at her offices in Washington and in Tucson.

Another visitor, Stephanie Aaron, Giffords’ rabbi and good friend, told AP that the congresswoman sang Don McLean’s “American Pie” with Kelly and his two daughters, Claudia and Claire. Aaron noted that she knew the lyrics better than the three of them.

Aaron added that she left the hospital to grab Giffords some of her favorite foods—matzo ball soup and cheese blintzes, and the congresswoman ate the meal happily.

During the Jan. 8 shooting, Giffords and 13 others were injured, and six were killed. The suspect, Jared Loughner, is charged in federal court in the assassination attempt against Giffords.

Prior to the incident, Giffords would travel between Tucson and Washington, while Kelly and his daughters stayed in Houston. The couple would try to be together every other weekend, according to The Arizona Republic.