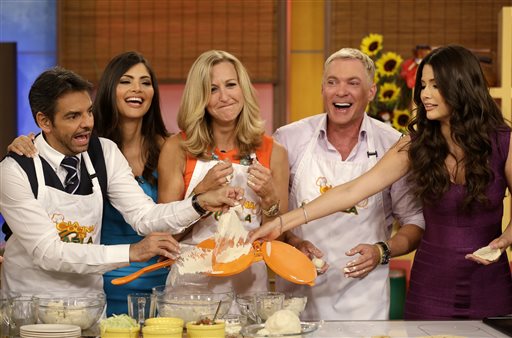 The new Fusion TV channel is aiming to draw young people with its unique programming, a result of combining ABC and Spanish-language broadcaster Univision.

Isaac Lee, CEO of Fusion, told WBUR that not everyone will get it.

“It is targeted at the very specific psychographic—we want to reach young millennials that consume media in a completely different way,” he said. “We are going to do current events, news, pop culture and satire, but we are going to do it in a way that they can see the transparency, the honesty, the authenticity and everything that we are going to do is going to have the adequate dose of humor.

“And that is a big change—not everyone will get it—and I understand that. Sometimes I don’t get it, but we are not doing this for me,” he added.

The other huge focus is Hispanic people–mostly young people who are Hispanic.

“I don’t see anybody doing what we’re doing,” he said. “I see that there’s a huge possibility, if you take millennials and Hispanics, they are the two most powerful demographic waves since the baby boom, and we want to be part of this. We want to surf that wave.”

Fusion is replacing other channels in 20 million homes in the United States.

It aims to be in 60 million homes within five years.

Lee described what Fusion will be doing is “explanatory journalism,” or giving context to world events and stories instead of expecting people to wait for the 6:30 evening news to find out what happened that day.

The station emphasized in its commercials today how the Hispanic demographic is projected to increase greatly–to about 50 percent of the U.S. population by 2060–in the coming decades.