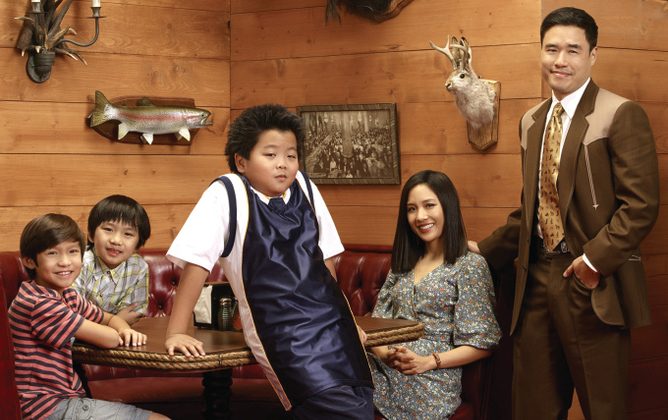 Fresh Off the Boat and the Rise of Niche TV

To be sure, a show about an Asian-American family – especially one as well-written and acted as Fresh Off the Boat – is an important milestone. Most Americans might not realize how infrequently Asian-Americans appear on TV. Yet the continued scarcity of Asian-American characters is stunning.

Have the times changed, such that mass audiences are more receptive to shows like Fresh Off the Boat, which feature diverse characters? Not necessarily.

Instead, when looking at Fresh Off the Boat and All-American Girl – and analyzing their respective fates – it’s important to consider the extraordinary transformation of US television in the intervening decades. The changes – part a shift toward more targeted programming – are so pronounced that it’s fair to ask whether today’s TV shows can even be compared to those of 1995.

Still, it averaged fewer viewers than the show that preceded it, and drew far fewer than the one that followed it. Overall, its performance could be considered average: of the top 100 shows for the 1994-1995 season, All-American Girl ranked in the middle of the pack, at 48th.

In comparison, Fresh Off the Boat earned a 3.3 rating among the same demographic in its premiere (which includes those watching DVR recordings within three days). Yet this has been hailed as a strong debut, and after a handful of episodes, many are saying the show is likely to be renewed.

So despite lower ratings, Fresh Off the Boat has been declared a success, while All-American Girl was swiftly canceled.

To explain this, it’s important to examine the significant adjustments to the television landscape over the past twenty years and how the business has changed. Last year, TV critic Joseph Adalian compared ratings from 1994 with those of 2014 to illustrate how much smaller “big” audiences have become.

Adalian found that the highest rated show in 2014 – The Big Bang Theory – would have ranked only 57th by 1995 standards. Only eight shows from last season had audience ratings substantive enough to rank in the top 100 programs of the 1994-1995 television season.

What happened? Simply put: viewers have many more options, and they can now watch shows how they want, when they want.

As a result, television no longer functions as a mass medium, but as a niche medium. Television viewing in 1994 usually meant watching ABC, CBS, FOX and NBC, or watching live events. But over the last 20 years, the volume of new programs – and the array of ways to consume them – have steadily increased, dispersing the attention of audiences in what’s commonly called audience fragmentation.

Viewers are now scattered across an abundance of channels and many, many shows – which are watched either live, recorded or on demand.

In the face of audience fragmentation, network executives have tweaked their strategy and focus. They’ve changed the types of programs they develop, adjusted the metrics for what determines a show’s success, and have become more attuned to how different audiences respond to certain programming.

Audience fragmentation encourages television networks to target more particularly defined audiences, either by demographics or attitudes. Ultimately, it allows for more diverse programming that would have been rare – or altogether absent – when television was a mass medium.

Those who study popular culture have long understood that television – even though it exists primarily as a form of entertainment – can affect attitudes on race and culture. A decade before All-American Girl, a risky show about a black family debuted. Many believed it was destined for failure.

Audiences had not yet fragmented, and it was commonly thought that in order to attract white audiences, programs needed to feature white actors. Instead, The Cosby Show became the last mass television blockbuster, and its phenomenal popularity led researchers to explore how it influenced whites’ perceptions of blacks.

It took another decade for television executives to be bold enough to produce a show about an Asian-American family. Shows such as All-American Girl – and even today’s Fresh Off the Boat – carry tremendous symbolic importance because they’re perceived as bellwethers of racial attitudes.

So it’s reasonable to hope that its story about the challenges of first- and second-generation Americans can expand viewers’ perspective of the immigrant experience, while spurring the development of shows that similarly reflect a wide range of cultures and cultural issues.

But in considering Fresh Off the Boat, we must also acknowledge that being on television hardly means the same thing in 2015 as it did just twenty years ago. Just as cultural attitudes about race have changed, so too has television. And we are only just beginning to make sense of the impact exceptional programs can have in television’s niche era.

his article was originally published on The Conversation. Read the original article.