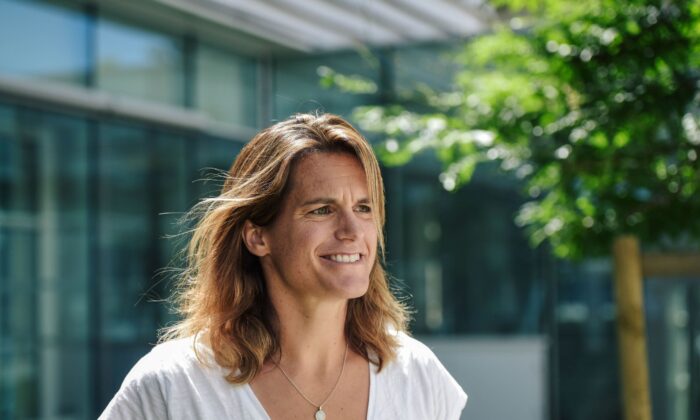 Director of Roland-Garros former tennis player Amelie Mauresmo attends the draw of the French Open tennis tournament at the Roland Garros stadium in Paris on May 19, 2022. (Michel Euler/AP Photo)
Tennis

Mauresmo said at a news conference Wednesday that she tried on a daily basis to find a women’s pairing that had the star power or matchup worthy of being highlighted in the separate session that began at 8:45 p.m. local time in Court Philippe Chatrier.

“I admit it was tough,” Mauresmo said.

She is overseeing the clay-court Grand Slam tournament for the first time.

Mauresmo won the Australian Open and Wimbledon in 2006. After retiring as a player, she moved into coaching and worked with Andy Murray among others.

The only women’s match that got the prime-time treatment—new at the French Open this year as part of a deal with a streaming service—was France’s Alizé Cornet’s victory over Jelena Ostapenko.