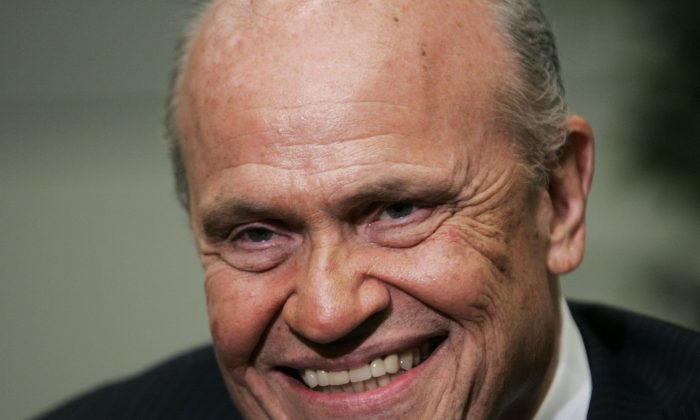 Fred Thompson, a former U.S. Senator from Tennessee and longtime actor (“Law & Order,” “The Good Wife”), died on Sunday, according to reports. He was 73 years old.

Thompson, a Republican, served as a U.S. senator from 1994 to 2003, according to his Senate bio, and he later attempted to run during the 2008 presidential election. He also was a pitchman for reverse mortgage ads on late-night TV.

He died died after a recurrence of lymphoma, his family said in a statement on Sunday. He was diagnosed with non-Hodgkin’s lymphoma more than a decade prior.

“It is with a heavy heart and a deep sense of grief that we share the passing of our brother, husband, father, and grandfather who died peacefully in Nashville surrounded by his family,” the statement reads. “Our nation has lost a servant, Tennessee has lost a son, and our family has lost its rock.”

Condolences for Thompson poured in following his death.

Fred Thompson lived an amazing life, he will be sorely missed. Columba and my prayers are with Jeri and his his kids & grandkids

“Very few people can light up the room the way Fred Thompson did…He was my friend for nearly fifty years. I will miss him greatly…” (1/2)

During his acting career, he appeared in “The Hunt for Red October,” “Die Hard 2,” “Days of Thunder,” and “In the Line of Fire.” Most notably, he played district attorney Arthur Branch on NBC staple “Law & Order.” According to IMDB, he has 53 credits as an actor.

“Fred stood on principle and common sense, and had a deep love for and connection with the people across Tennessee whom he had the privilege to serve in the United States Senate. He enjoyed a hearty laugh, a strong handshake, a good cigar, and a healthy dose of humility,” his family also stated.

“Very few people can light up the room the way Fred Thompson did,” Tennessee Sen. Lamar Alexander said in a statement on his passing.

“He used his magic as a lawyer, actor, Watergate counsel, and United States senator to become one of our country’s most principled and effective public servants. He was my friend for nearly fifty years. I will miss him greatly. Honey and I and our entire family send our love and sympathy to Jeri and the Thompson family.”