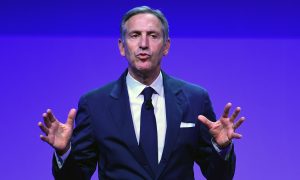 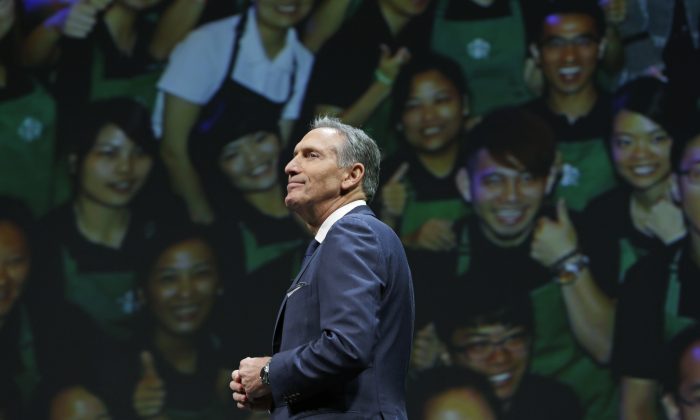 Howard Schultz, the former Starbucks CEO, said he will not run for president as an independent, reassuring Democrats who feared he’d siphon votes from the eventual Democratic nominee.

Schultz, 66, has expressed dissatisfaction with the nation’s two-party system but said in an announcement early Sept. 6 he doesn’t think it would be fruitful to enter the race as a third-party.

“In January, I announced that I was considering running for president. My intention was to represent millions of Americans who want to see problem-solving, accountability, compassion, and decency in our federal government. I was fueled by a love of country, a profound concern for people’s well-being, and optimism about our nation’s potential to live up to its ideals,” Schultz said.

“Throughout the country, people continue to find new ways to address pressing issues and achieve grand goals. That’s what it means to be American. In our own communities, we don’t have to look far to see proof that empathy, respect, civility, and a collaborative spirit run deep.”

I love our country, and I am seriously considering running for president as a centrist independent.

“But not in Washington, D.C., where Democrats and Republicans have consistently put party over country, perpetuated divisiveness and gridlock, and failed to solve big problems and enact solutions on which a majority of people in both parties already agree. The American people are more united than our leaders, and we deserve better,” he continued. “Done watching our two parties fail, I chose to explore running as an independent, committed to finding common ground and delivering results. I saw a path in the unprecedented frustration of today’s electorate.”

Ultimately, the former executive said, “extreme voices” have come to define the political debate, crowding out “thoughtful discussions” and prompting the “exhausted majority” to “tune out of political life online and in the news.”

In addition, Schultz argued, many people wouldn’t back an independent because they’d be afraid doing so would help contribute to the re-election of President Donald Trump.

“There is considerable concern that four more years of a Trump administration pose a graver threat to our democracy than four more years of political dysfunction. I agree, but I’m also concerned that far-left policy ideas being advanced by several Democratic candidates will further alienate voters who believe those ideas will inflict more economic harm than good. The nomination of a far-left Democratic candidate could result in more votes for Trump—unless a moderate independent is also on the ballot,” he wrote.

“Unfortunately, election rules in each state and the way this Democratic nomination process has unfolded pose another challenge: It has become more likely that the Democratic nominee will not be known before the deadlines to submit the required number of signatures for an independent to get on the ballot. If I went forward, there is a risk that my name would appear on ballots even if a moderate Democrat wins the nomination, and that is not a risk I am willing to take.”

“My belief in the need to reform our two-party system has not wavered, but I have concluded that an independent campaign for the White House is not how I can best serve our country at this time. I will spend this election cycle and the years ahead supporting bold and creative initiatives to transform our broken system and address the disparity of opportunity that plagues our nation,” he added.

Schultz also said he would have been on the campaign trail but he suffered a back injury in April and required three surgeries.

The money that he raised will be used “to invest in people, organizations and ideas that promote honesty, civility and results in our politics, and that move the country beyond two-party gridlock,” Schultz wrote.

Schultz had drawn considerable ire from the left when he announced in January the possibility of running. Two days later, Schultz criticized Sen. Elizabeth Warren (D-Mass.) for a wealth plan, prompting former Barack Obama aide Ben Rhodes to say: “Elizabeth Warren is running because of what she believes in. Howard Schultz is running because of the size of his ego and the amount of people he can pay to tell him that whatever he says is a good idea.”