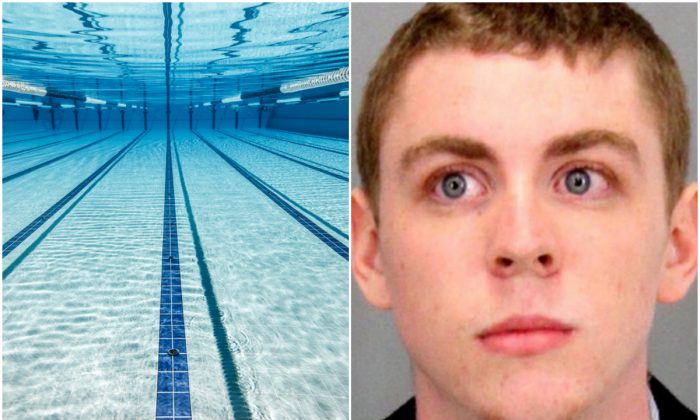 For the rest of his life, Turner will not be eligible to compete at any USA Swimming-sanctioned events, including the Olympic Trials, a spokesman from the organization told USA Today.

“Brock Turner is not a member of USA Swimming and, should he apply, he would not be eligible for membership,” USA Swimming spokesman Scott Leightman told USA Today. “Had he been a member, he would be subject to the USA Swimming Code of Conduct.

“USA Swimming strictly prohibits and has zero tolerance for sexual misconduct, with firm Code of Conduct policies in place, and severe penalties, including a permanent ban of membership, for those who violate our Code of Conduct,” Leightman said.

Leightman said Turner has not been a member of USA Swimming since the end of 2014, when his membership expired.

Athletes are required to be USA Swimming members to be eligible to compete in any USA Swimming event, including the upcoming U.S. Olympic Trials.

Turner, then-19, sexually assaulted an unconscious woman after a party on campus on Jan. 17, 2015. Two PhD students who were riding their bikes found Turner assaulting the woman and intervened. They called the authorities and Turner was arrested that night.

Santa Clara County Judge Aaron Persky sentenced Turner to 6 months in jail and 3 years probation on June 2. The former swimmer must register for life as a sex offender after being convicted of three felony counts of assault and attempted rape. The initial rape charges were dropped in October 2015.

In a letter to the judge during the trial, Turner said his career and reputation had suffered after the incident. He also blamed college partying for his actions.

“I’ve been shattered by the party culture and risk taking behavior that I briefly experienced in my four months at school,” he wrote.

“I’ve lost my chance to swim in the Olympics. I’ve lost my ability to obtain a Stanford degree. I’ve lost employment opportunity, my reputation and most of all, my life,” added Turner.

Turner is appealing his conviction.