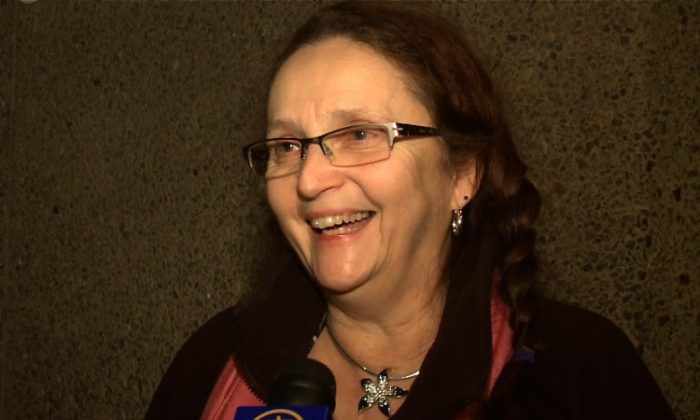 Former Soprano Will Have Sweet Dreams of Shen Yun

“I had goosebumps. You could feel the passion of the dancers! Oh it was outstanding. Just outstanding. I’m going to go around and say ‘you have to see this!’,” said Mrs. Sarrazin.

In her varied careers, Mrs. Sarrazin has been teacher, singer, and dance instructor. At one time, she was an accomplished soprano, performing across Europe and Canada.

She said she was impressed by the amount of work that went into the performance.

“The hours of practice to get the unison and the symmetry, it must be phenomenal. It’s incredible. And all the costumes and colours,” she said.

She said Shen Yun brought her back in history, something she used to teach.

“But now tonight I got to see it. It was brought to me alive,” she said of that history.

She said the interaction between the dancers and the animated digital backdrop was phenomenal.

“The backdrops are magical windows to completely different realms. From vast open grasslands in one dance to the stately elegance of Tang Dynasty pavilions in another,” reads Shen Yun’s website.

“Beautiful, just beautiful. You didn’t require a hundred things to make a décor, it was simple,” she said of the backdrop.

“The music was beautiful,” she said, and then singled out erhu virtuoso and soloists Qi Xiaochun for special praise.

“I couldn’t believe it! With two strings she played all those notes, and her fingers were going and the speed and then the slow. I had goosebumps everywhere.”

“Accompanied with the piano, it was very well synchronized,” said Mr. Latreille, who said he also enjoyed the combination of instruments in the orchestra.

She said she enjoyed the grace of the dancers, whose long, flowing costumes often go down to the stage floor.

“You couldn’t see their feet,” she noted

“They were floating. They seemed to be floating,” Mr. Latreille added.

Her husband said his wife would dream of the performance.