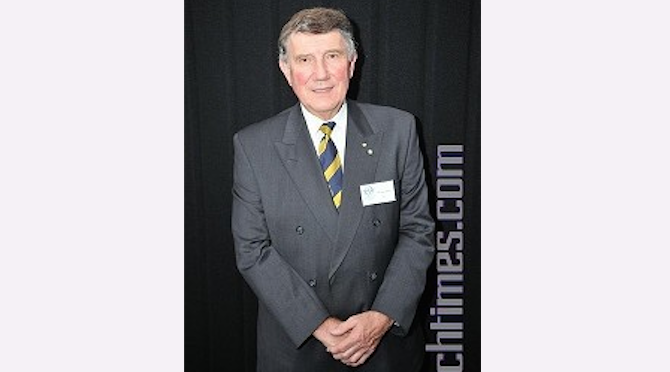 ADELAIDE, Australia–With its reputation as the cultural heart of Australia, Adelaide’s rich artistic environment was enhanced over the Easter weekend by Shen Yun Performing Arts, as it showcased classical Chinese dance and music.

Attending the show on April 20 was Julian Stefani, former member of the South Australian Parliament. This was Mr. Stefani’s fourth experience of Shen Yun, but the first time for his granddaughters, who were accompanying him.

“I wish the Shen Yun company all the success and congratulations on a great performance,” he said. “We thoroughly enjoyed it.”

Mr. Stefani commented on the importance of being able to see Chinese people’s true culture, despite the communist regime’s efforts to get rid of it.

“Shen Yun has brought a wonderful exposure of their culture to South Australia,” he said.

“Many people do not realise that the 5,000 years or more of Chinese culture has been suppressed for so many years in China, and we’re very fortunate in the free world that today we see the traditions brought to us with music and dance, which is so important.”

The Shen Yun website explains how traditional values in China have been systematically undermined by the regime.

“Forcing atheism upon society, the Chinese Communist Party (CCP) has for decades launched various campaigns—most notably the Cultural Revolution—to destroy not only cultural sites, temples, and relics, but also the Chinese people’s belief in virtue and faith in the divine,” the website states.

Mr. Stefani continued, “I think the modern world today realises that China has so much to offer, and yet so much has been suppressed over many years.”

“And I think we realise that the Chinese culture, which has been brought to us so freely and so beautifully, we are very fortunate that we are able to see it today.”