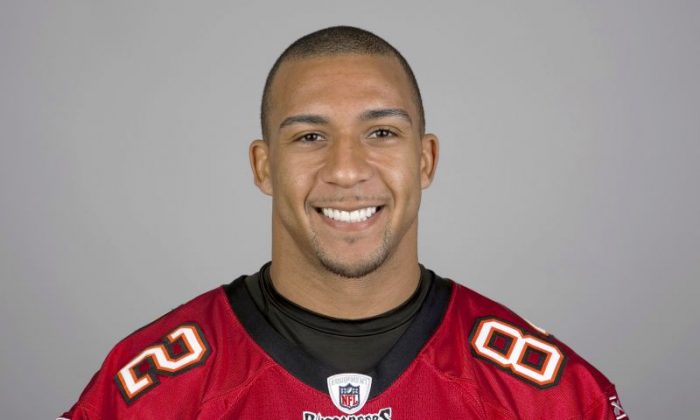 Ex-NFL player Kellen Winslow ll of the Tampa Bay Buccaneers poses for his NFL headshot in 2011. He's being accused of sexual assault by several women. (NFL via Getty Images)
US News

Former NFL player Kellen Winslow ll faces a charge of sexually assaulting an unconscious 17-year-old in 2003, according to reports. Two other women have accused him of rape.

“California law allows for certain specified sexual offenses to be charged regardless of the time of their commission under certain circumstances,” Owens told USA Today. “Those circumstances are met in this case.” He added, “When there is a rape that occurs and the victim is under the age of 18 years old, there is no statutory time (limit) to when that can be charged. That’s exactly what we have here.”

Winslow, 34, has been accused of raping two other women, indecent exposure, and breaking into the homes of two more women with the intention of sexually assaulting them, the San Diego Union-Tribune reported. The former NFL player has pleaded not guilty to the charges. He was first arrested in June.

On Wednesday, three of his accusers could not identify him in a courtroom as the man they encountered in incidents earlier this year, the Union-Tribune reported. None of his accusers have been identified.

On Wednesday, one of the women was asked to point Winslow out in the courtroom, she pointed to and identified his lawyer, Brian Watkins, as her attacker, the New York Post reported. “The man in the middle,” the woman said while speaking of Watkins. He denied assaulting her.

“Don’t put Brian Watkins, ‘accused of rape,’” Watkins said, according to the Post. “Don’t do that, man. There will be defamation lawsuits all over the place.”

“Well, she did not describe our defense and our client and didn’t ID him in court,” Watkins said after the hearing outside the San Diego County courtroom. “She ID’d me. I didn’t have anything to do with this. You better not write that I did.”

According to 10 News, he is slated to appear in court in late August for a hearing. Bail conditions are for him to remain under house arrest with GPS monitoring.