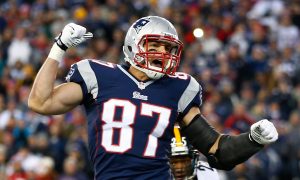 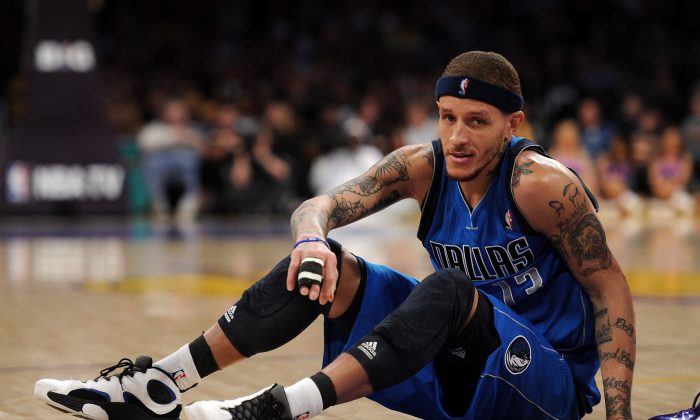 Delonte West, who played in the NBA for eight seasons for five different teams and made more than $16 million in salary but has been out of the league since 2012, was seen wandering around a Jack in the Box parking lot in Houston by a fan one night last week while wearing a hospital gown and without any shoes on.

The 32-year-old, who last played for the Dallas Mavericks nearly four years ago and was diagnosed as being bipolar back in 2008, when asked by the fan if he was in fact Delonte West reportedly said “I used to be but I’m not about that life anymore.”

Delonte West was spotted wandering around a parking lot in Houston with no shoes on https://t.co/6xxjafexee pic.twitter.com/LsjTpRSP68

The 6-foot-4 West was a first-round pick (24th overall) of the Boston Celtics back in 2004 after helping lead St. Joseph’s to a 30–2 record his junior season.

After three seasons in Boston he was dealt to Seattle as part of the trade for Ray Allen. After 35 games with the Supersonics, Seattle dealt him to Cleveland as part of a three-team trade, where he would play with superstar LeBron James.

Watch: LeBron James Told to ‘Just Suck It Up’ by Fan During Game Against Oklahoma City

West was traded in July of 2010 to Minnesota—the same month he was sentenced to 40 hours of community service and two years probation for weapons and speeding charges resulting from a 2009 traffic incident on his motorcycle. The Timberwolves then waived him in early August and he was picked up by Boston again.

After spending the 2010–11 season with the Celtics, West signed with Dallas for the 2011–12 season—for what turned out to be his last in the NBA. Although he was signed for the 2012–13 season by Dallas, the Mavericks released him in October of 2012, after suspending him twice for conduct detrimental to the team.

Although he made plenty of money during his eight years in the NBA West admitted to buying things just because he could. Teammates also said he was generous to a fault and thus had money problems because of it.

Reportedly he bought a home for his brother, one for his mother, and another for his father. He also paid his mother’s way through school (Howard University) as well as his sister’s schooling at the University of Central Florida among other things.

During the 2011 lockout, West famously tweeted that he was applying to work at Home Depot. After leaving the NBA, he’s had stints in China and the NBA’s D-League.