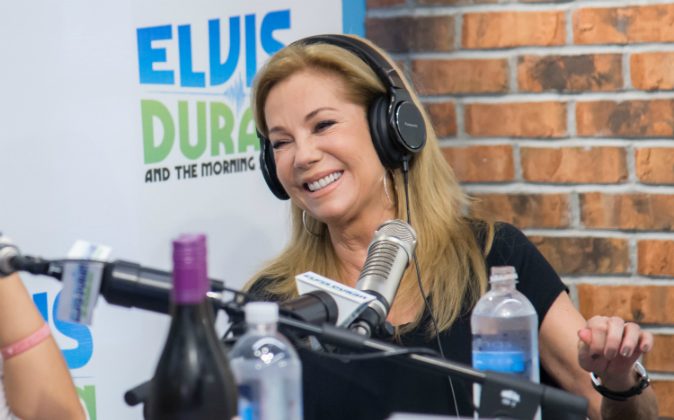 “Be totally professional,” advised Gifford during an appearance on Fox 11. “I would keep anything that is going on between you private. It’s nobody’s business but yours. But always, always be professional at your job. That’s what you’re hired to do.”

Gifford co-hosted “LIVE!” with Regis Philbin from 1988 to 2000. It was then Philbin was joined by various guest hosts until executives chose Ripa as Gifford’s successor.

Ripa sat beside Philbin for 10 years until 2011 when he decided to say goodbye to the show. The process that was executed to find Gifford’s replacement was the same for Philbin’s. Ripa had various co-hosts before Michael Strahan was chosen as a permanent replacement in 2011.

The process to find a replacement begins once again, now that Strahan has announced he is leaving the show for a full-time position at “Good Morning America.” Strahan would alternate between the two shows.

The news blindsided Ripa, who took some time off to process her thoughts and feelings. During her absence, the 45-year-old former soap actress enjoyed a vacation with husband, Mark Consuelos, to celebrate their 20th wedding anniversary.

Ripa made her anticipated return on April 26 to a standing ovation from the live audience and Strahan.

“I first want to honestly sincerely thank you for welcoming me back to the show,” said Ripa as the crowd cheered. “The love, the show of support through this bizarre time has been really overwhelming.”

She added: “I really needed a couple of days to gather my thoughts after 26 years with this company—I earn that right. In that time, I gained some perspective. I always speak from the heart. I didn’t want to come out here and say something I might regret.”

Ripa also addressed Strahan’s new career move. “This is a tremendous opportunity and I couldn’t be—and we couldn’t be—prouder of you and everything we’ve accomplished together,” she said as she looked towards Strahan.

And if Ripa ever needs help, she can count on Strahan.

“You need me—I’m coming back to help out,” he said.