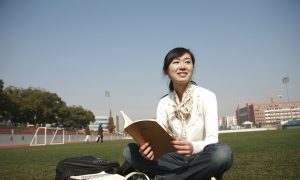 What Can the US Learn From South Korea's Testing Pressures?
0
Share Now
TelegramFacebookTweetEmailTellMeWeReddit
Copy Link 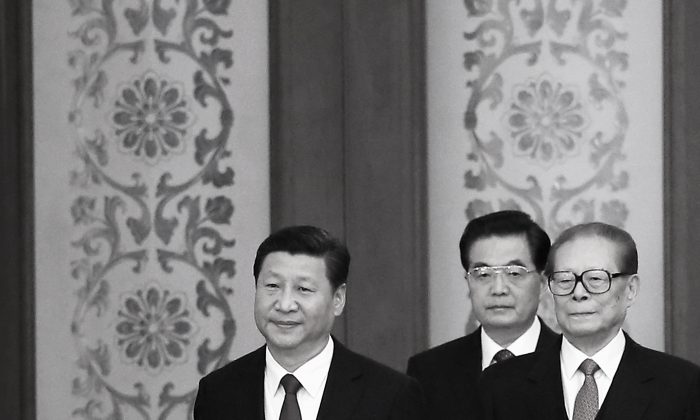 Chinese President Xi Jinping (L) and his predecessors Hu Jintao (C) and Jiang Zemin arrive for the National Day reception marking the 65th anniversary of the founding of the People's Republic of China at The Great Hall Of The People on September 30, 2014 in Beijing, China. (Feng Li/Getty Images)
China

According to a source in Beijing close to China’s top leadership, Chinese Communist Party leader Xi Jinping has made his first significant move against the former Party boss, and his chief rival, Jiang Zemin. The source said that Jiang and his two sons have been “placed under control,” meaning that their freedom of movement has been temporarily restricted.

The source, who communicated with Lin Feng, an editor with the Chinese edition of Epoch Times, said that the action was taken on Aug. 15. Zeng Qinghong, Jiang’s henchman, also had his movements limited, according to the source.

Epoch Times believes the source to be reliable because of the source’s identity and access to information in the top leadership. Lin Feng believes the purpose of the revelation at this time is to send a signal to Jiang’s supporters in the regime, “to give everyone a psychological preparation for when Xi actually formally arrests Jiang.”

“They did the same thing before the removal of Zhou Yongkang and others, increasing pressure on them,” Lin said. Zhou Yongkang was the Party’s former security boss; when rumors that he would eventually be purged began emanating from China, they were initially dismissed by foreign observers of Chinese politics.

The takedown of Zhou is widely acknowledged to be among the most significant political purges in living memory.

That Jiang Zemin was the ultimate godfather behind the political machinery that Xi Jinping sought to dismantle was widely understood in political circles in China, but had not been explicitly brought to the fore until an editorial in People’s Daily.

Jiang Zemin was the leader of the Chinese Communist Party from 1989 to 2002. He stayed on as head of the military for another two years, and didn’t relinquish all military posts for a year after that. During his years in office and as he was departing, Jiang installed a series of cronies in key posts, some of whom ran their own fiefdoms outside the control of the formal leadership.

This parallel power structure encompassed the security apparatus, under the rule of Luo Gan, and then Zhou Yongkang, who expanded it to a behemoth with an annual budget of $120 billion, larger than that of the military; and also military forces. All this ensured the continuation of Jiang’s key policies, including his crusade against the Falun Gong spiritual practice. Guo Boxiong and in particular Xu Caihou, the two former vice chairmen of the Central Military Commission, “emptied the power” of Chairman Hu Jintao, according to Yang Chuncheng, a former deputy director at the Academy of Military Science, in an interview with the Hong Kong-based Phoenix Television.

Much of the focus of Xi Jinping’s purge of the Communist Party over the last two and a half years has been about uprooting this political network and removing the Jiang Zemin holdovers one at a time. It has been accompanied by well-timed leaks to the press, and tantalizing reports and remarks by officials who have hinted about far-reaching political conspiracies that went to the top of the regime.

That Jiang Zemin was the ultimate godfather behind the political machinery that Xi Jinping sought to dismantle was widely understood in political circles in China, but had not been explicitly brought to the fore until an editorial in People’s Daily, the Party’s mouthpiece, on Aug. 10. The newspaper on that date published a barbed criticism of former leaders who interfere in the affairs of their successors, preventing them from “rolling up their sleeves and doing bold work.”

It also complained of leaders who, “being unhappy to retire … do everything they can to extend their power.”

Political commentators immediately identified the editorial as a direct assault on Jiang. “To those with the eyes to see, it’s clear at a glance that this article is a criticism of Jiang Zemin, without naming him,” wrote Hu Ping, a political analyst who lives in exile in New York, in a commentary on Radio Free Asia’s website.

In his communication with Epoch Times, the source said, “Originally he [that is, Xi Jinping] wanted to arrest Jiang next spring, leaving the rest of the year for Xi to take care of the economy … he originally didn’t want to do it this early.”

Lin Feng said that he is unsure whether it means that Jiang will now vanish from public view, given that in a number of other high-profile cases of officials being taken down, they were still permitted to briefly appear in public in one way or another even after they were reported to be under investigation, or even under internal Party disciplinary procedures. This included Guo Boxiong and Ling Jihua, the equivalent of chief of staff of the last Party leadership group.

The source added, “After the Tianjin incident, Xi Jinping couldn’t sleep for two nights.” The source intimated that Xi Jinping believed that Jiang Zemin had been behind the two massive explosions, equivalent to 21 tons of TNT, according to authorities, that ripped through a port facility in Tianjin, a coastal city in China, on Aug. 12.

The cause of the enormous explosions is unknown, according to the authorities. The crater left by the blast is the size of several street blocks, and the resultant fireball left thousands of cars charred, turning axles to dust. Buildings up to a mile away had windows shattered by the force of the explosion. A week after the explosion, the official death toll stands at 116, and locals are reporting toxic rains and dead fish washing ashore. Officials said that 700 tonnes (770 tons) of sodium cyanide, which can be deadly, was in the warehouse that exploded.

The theory that the explosions were somehow deliberate has been circulated with alacrity on overseas Chinese media outlets since soon after it took place.

A news site associated with Boxun, run from North Carolina, cited an exclusive source in reporting that “the detonation was set off by a vehicle packed with explosives … the truck was very carefully parked next to the warehouse, in the location closest to the flammable materials. The people quickly left, and about 15 minutes later the explosion took place, setting off a chain of explosions.”

Articles on Boxun, and on a number of outlets in Hong Kong, linked the explosions with Jiang Zemin.

Lin Feng, the editor with the Chinese edition of Epoch Times, said that Jiang’s people are known to leak news and rumours to overseas media outlets, and that if Jiang was somehow behind the explosion, he would want the matter publicized.

“The message seemed to be that ‘We can create chaos,'” Lin said. Social instability is blamed on the leadership, and would provide the conditions for limiting Xi Jinping’s power inside the Party, where the extent and severity of Xi’s anti-corruption campaign is understood to have inspired significant resentment.