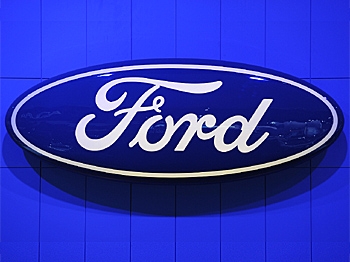 Ram Srinivasan
View profile
Follow
biggersmaller
Print
Ford Motors announced that it had lost $5.9 billion in its fourth quarter, but would not be seeking government aid.

Ford CEO Alan Mullaly said in a conference call on Thursday that the auto maker had lost $14.6 billion for 2008 and a 36% drop in fourth-quarter revenue, but it would tap a credit line that it had secured earlier.

The U.S. government has helped competitors General Motors (GM) and Chrysler with a $17.4 billion bailout. Even though Ford is seeking $9 billion of credit from the government, Mullaly insisted that Ford was "in a different place" and "will not be disadvantaged."

Ford will be withdrawing $10.1 billion in its remaining bank credit lines to deal with the uncertainty and the economic crisis. Mullaly said that Ford has sufficient liquidity in its funds, and drawing on the credit line was simply a precautionary move because of the volatile credit market.

"At this time, we just thought it was prudent, with the volatility in the credit markets, to move that asset over to us," Mullaly said.

Ford has cut thousands of jobs earlier and also reduced stock in its dealerships across the country by around 50,000 vehicles.

Ford adjusted its forecast for industry-wide US sales for autos this year and said that it would be somewhere between 11.5 million and 12.5 million for light vehicles. That would be a steep drop from last year's 13.2 million, but some analysts say that even the revised figure is highly optimistic.

The company told Congress that it would not need taxpayer help if the industry was able to sell 12.5 million vehicles in 2009.