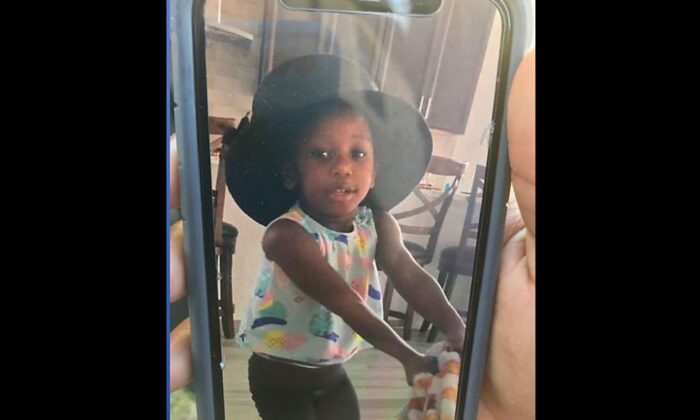 A missing 2-year-old girl who was the subject of an intense search in Florida was found dead in a lake close to her home, said the Tampa Police Department.

Lorie Thermidor was last seen at about 3:40 p.m. on Friday near the Hillsborough-Pasco county line, officials told the Tampa Bay Times. Authorities said she may have left her home and walked into a wooded area across the street from her home.

“Sadly, the child was found in the lake deceased,” wrote Tampa police in an update.

Minutes after the girl went missing, her father realized she was gone and began a search for her, police told WTSP.

After she was reported missing, a search quickly grew.

Dozens of volunteers joined officers, who also deployed two bloodhounds and a police helicopter. Divers were sent into the lake near the home, according to the Tampa Bay Times.

No other details are available at this time.