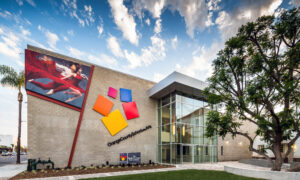 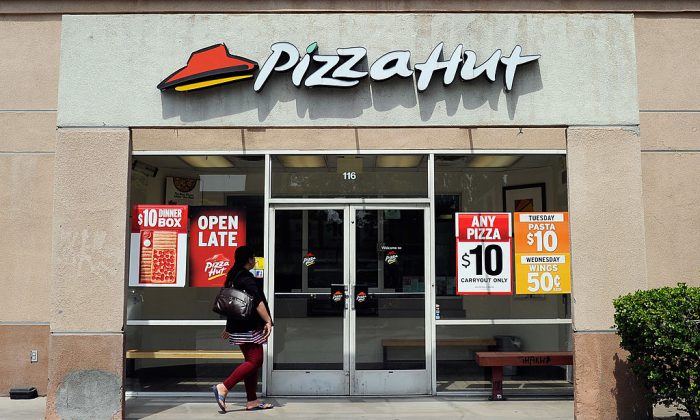 A customer walks in to a Pizza Hut restaurant. (Kevork Djansezian/Getty Images)
US

Pizza Hut apologized after a store in Florida sent a threatening memo to workers who attempted to find safety before Hurricane Irma hit.

The memo was posted on Reddit and quickly spread through the internet, causing outrage in the midst of historic evacuations to flee the monster storm. The memo puts finite time restraints on the store’s opening hours and compels employees to put the operation of the pizza chain restaurant as their highest priority.

“Failure to show for these shifts, regardless of reason, will be considered a no call/no show and documentation will be issued,” read the note.

@pizzahut this is how y’all treat your employees? I think I’ll take my [pizza] eating business elsewhere! #HurrcaneIrma #DoBetter pic.twitter.com/coibnGD2wf

The Pizza Hut manager’s memo could be seen as conflicting with official orders to evacuate issued by the mayor of Jacksonville, who ordered residents to leave some parts of the city by Saturday, Sept. 9, CBS reported. The city is at record levels of flooding, and the St. John’s River overflowed.

Pizza Hut headquarters issued a statement responding to the outrage:

“We absolutely do not have a policy that dictates when team members can leave or return from a disaster, and the manager who posted this letter did not follow company guidelines. We can also confirm that the local franchise operator has addressed this situation with the manager involved.”

Some comments by Reddit users think the memo was not aimed at preserving the interest of the community, but at maximizing the store’s profits. The commenters don’t see Pizza Hut pizza as an essential commodity that people will need in the midst of storm conditions.

can you imagine the horror.. "Mayor, how's the recovery going?" "There's been no loss of life. But Pizza Hut isn't open & we needed them!"

Other users think the memo is insensitive to those who have to safely get themselves and their families out of the storm’s way, and cannot adhere to a predictable schedule during such an event. Some Twitter users that caught sight of the notice suggest boycotts.

On the other hand, another restaurant, Waffle House, has a well-grounded reputation of staying open during disaster conditions, so much so that there is a “Waffle House Index” to measure storm severity. The index looks at how many Waffle House restaurants have closed compared to those that stayed open to measure the severity of a disaster.

“The main part of our plan is what we call ‘Show Up.’ We show up to the area, determine what is needed to get the restaurants open and then do it,” reads the note. “Our planning gets us ready for the storm and so once it has passed our managers can see what’s going on in the area and respond right after an emergency.”