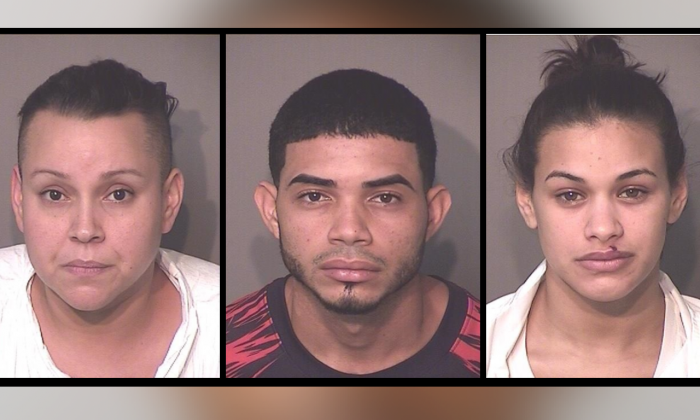 Florida Mother Killed After Being Mistaken for Target in Murder-for-Hire Plot, Suspects Arrested

Three suspects are in custody for the kidnapping and murder of a Florida woman in what authorities say was a murder-for-hire orchestrated by a jilted lover.

But the scheme missed its mark, Osceola County Sheriff Russ Gibson told WFTV, as a 42-year-old Osceola County woman, with no apparent relationship to the perpetrators, was mistaken for the intended target and brutally killed.

“This woman lost her life for no reason. This mother, this wife, this daughter, for no reason at all,” Gibson said, WESH reported.

The body of Janice Marie Zengotita-Torres was found in Ormond Beach Monday, Jan. 8 after she was reported missing.

Investigators told WFTV that Ishnar Lopez-Ramos, 35, allegedly hired Glorianmarie Quinones-Montes, 22, and Alexis Ramos-Rivera, 22, to carry out a hit on a woman who was allegedly having an affair with a man that Lopez-Ramos was in a relationship with.

The target worked at the same store as Zengotita-Torres, and the two reportedly bore a close resemblance to each other.

The suspects abducted Zengotita-Torres after following her home, but, according to Gibson, even after the pair realized they had mistaken her for the intended target, they stole her ATM card and killed her anyway.

Zengotita-Torres was bound and suffocated with garbage bags, Gibson said.

Lopez-Ramos was tracked down through the stolen bank card and was caught while making a withdrawal with it, all while reportedly wearing the victim’s clothes.

Lopez-Ramos reportedly gave up the names of the other two suspects.

Gibson praised the actions of the family in securing the arrests.

“They were remarkable, strong and instrumental in catching the suspects. Remarkable,” Gibson said.

“I get emotional because it just touches me so deeply that one of our citizens was killed in such a manner over a mistaken identification, and in the end it appears to be a lovers’ triangle,” Gibson said.