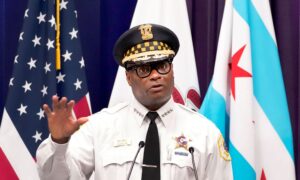 A man in Kendall, Florida, attempted to argue with a motorist on the hood of his car.

The driver then continues to drive down the street, as the man rests on the hood, shouting. “I’m not gonna fight you!” he yells.

The incident apparently took place during rush hour traffic. Several people captured the fracas on camera before posting it on Twitter and Facebook.

CRAZY video ! After road rage incident – guy jumps onto hood of car in Kendall and holds on for his life! @wsvn pic.twitter.com/GeDO7vBSZd

The man on top of the vehicle was originally in a black sedan and got out to argue with the driver of the other car, a Volkswagen, according to ABC10.

Another person attempted to pull the man off the car, but he persisted. The VW driver even pulled a U-turn with the man clinging to his vehicle.

Police were notified and began and investigation.

“The guy is lucky. I mean, he was still on top of the car when the driver made a U-turn,” Sebastian Roldan, the owner of a business whose security cameras captured the road rage, told WSVN-TV.

He added: “That’s super dangerous. You could fall off. It’s crazy he was actually able to stay on the car.”