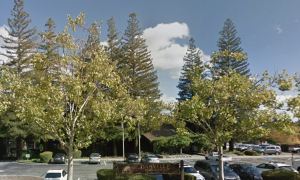 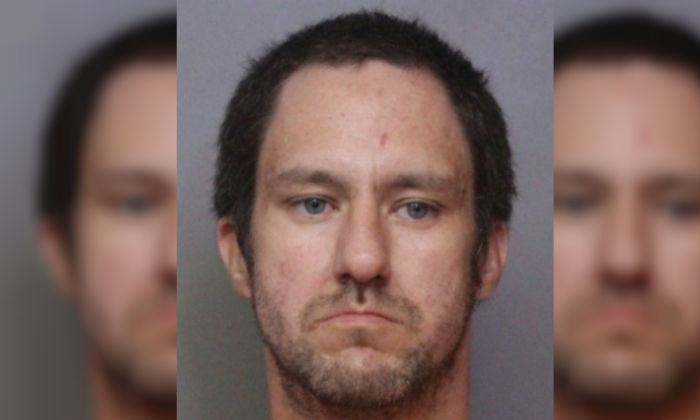 Brian Anderson, 32, reported a fake armed robbery in order to get out of work, police said. (Polk County Sheriff's Office)
Crime and Incidents

A man from Florida has been caught lying to police about a robbery in order to get out of work, authorities said.

The Polk County Sheriff’s Office said on March 26 that 32-year-old Brian Anderson did not want to show up to work. So he called 911 and told dispatchers that unknown suspects took his money, necklace, and cellphone before throwing his phone on the ground and fleeing in a black Ford Crown Victoria.

Brian of Dundee called 911 to report an armed robbery. Two unknown suspects took his money, his necklace, and his…

Deputies responded to the call, along with Air and K-9, but when they arrived they thought something was suspicious.

“What did you dial 911 on? ‘Well they threw my cellphone down.’ So we said to our self, ‘Self, this is a little suspicious,’” Sheriff Grady Judd told Fox 13.

Authorities said after that Anderson confessed that he made up the story because “he didn’t want to show up for his 11:00 a.m. shift at the restaurant where he works.”

Judd said they were frustrated by the fake crime report as it held up police resources.

“We’re not only sending a deputy to the scene. We’re now scrambling cars, setting up a perimeter, looking for robbery suspects,” the sheriff told the news station.

“So, when I think about people out there who are real victims of crime that really need our help and we wasted resources on him, it makes you angry,” he added.

Anderson was subsequently arrested an charged with misuse of 911 and knowingly giving false information to law enforcement.

“On the bright side, Brian didn’t have to go to his 11:00 a.m. shift at the restaurant,” the sheriff’s office said in jest.

There have been many past cases of people using extreme measures to get out of work.

In one recent example, a Walmart employee from Hesperia, California confessed to authorities that he started several fires in the store so that he did not have to work. The employee was identified as 24-year-old Kevin Jermaine Smith, who was scheduled to work later that night. He was taken into custody, reported Fox 11.

Walmart employee accused of setting fires at store in order to get out of work https://t.co/n7XbpxMgCz

Last year, a 22-year-old man was arrested for intentionally hitting two pedestrians with his car because he wanted to get out of a job he hated, reported Komo News, citing court documents. The man was identified as Eli Aldinger who told police he was not happy with the way his life was heading.

“I had to change something in my life, so I hit three people with my car,” he said, according to court documents. “The intent wasn’t to kill but just to injure.”

The man was calm when he talked to police and seemed to almost look forward to going to jail, court documents say.

Police said at the time of arrest Aldinger did not appear under the influence of alcohol or drugs. The officer wrote in court documents, “He was completely calm and did not seem confused, excited, nervous or scared.”

The officer also noted that Aldinger said he was seemed relieved that he would be “spending a few years in a room.”

“I’m not happy with the direction my life is going. I’ve been working in the food industry for five years and hate it,” Aldinger said to the officer.

“I’ve been dealing with insomnia for the past couple of months, and it’s been horrible.”