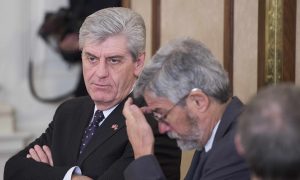 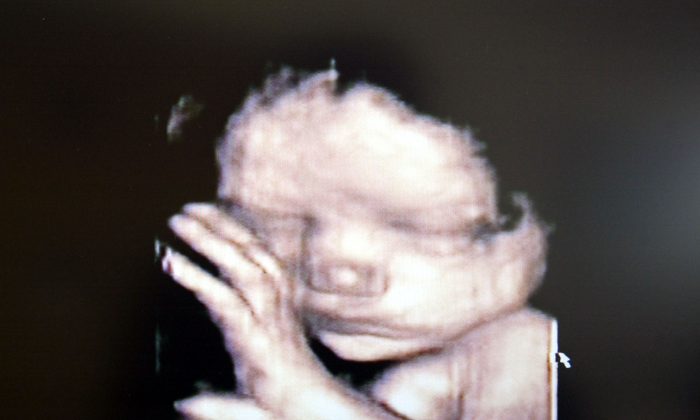 Lawmakers in Florida have introduced legislation that would ban abortions once a fetal heartbeat is detected.

H-B 235 (pdf) was filed last week. In addition to banning such abortions, it would make it a third-degree felony for a doctor to perform an abortion if a fetal heartbeat was detected.

It would also require physicians to perform an examination for the heartbeat and tell the woman trying to obtain an abortion if a heartbeat was detected unless the woman signs a form acknowledging she was given the opportunity but declined.

The legislation would also define an “unborn fetus” as an “unborn human being,” aligning with pro-life groups.

Exceptions listed in the legislation include allowing abortions if continuing the pregnancy would jeopardize the pregnant woman’s life or would avert a serious risk of irreversible physical impairment for the woman.

Rep. Mike Hill, a Republican who sponsored the bill, said he filed the legislation to fulfill his constitutional oath.

“My oath said that I would protect life, liberty, and the pursuit of happiness. Life being the first one,” Hill told WFLA.

Thursday House Rep. Mike Hill filed HB 235. It would make it illegal for a woman to get an #abortion in #Florida after a heartbeat was detected in a fetus. What do you think about this bill? We'll have the full story tonight at 10 on @weartv #HB235 pic.twitter.com/1ve8uQvOR3

A Planned Parenthood spokeswoman said the group plans to challenge the legislation if it’s passed. Hill said that he hopes the bill will pass and survive the challenge.

“We think we can start overturning a lot of these abortion rulings that are killing the unborn,” he said.

If the legislation passes through the Legislature in Florida, it would likely be signed by Gov. Ron DeSantis, who pledged in 2018 to sign such a bill if he was elected.

Legislation protecting fetuses who have detectable heartbeats have been introduced in a number of states but don’t appear to have been implemented in any of them.

In the latest case, a heartbeat bill was passed by both the Ohio House and Senate but vetoed by outgoing Gov. John Kasich, who said the reason he vetoed the bill was that he thought it would be struck down by the courts.

“As governor, I have worked hard to strengthen Ohio’s protections for the sanctity of human life, and I have a deep respect for my fellow members of the pro-life community and their ongoing efforts in defense of unborn life,” Kasich said in a statement on Dec. 21, 2018, following the veto.

“However, the central provision of Sub. H.B. 258, that an abortion cannot be performed if a heartbeat has been detected in the unborn child, is contrary to the Supreme Court of the United States’ current rulings on abortion,” he said.

The Ohio bill also contained exceptions for medical emergencies and included a rule that a physician would need to meet with the pregnant woman seeking an abortion at least 24 hours before the procedure to “give her an adequate opportunity to ask questions about the abortion.