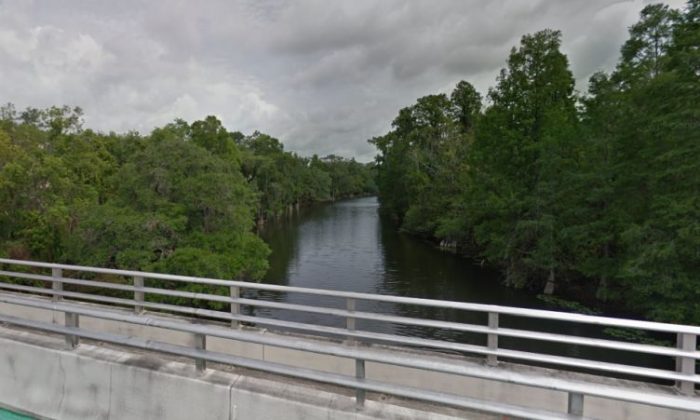 A 4-year-old Florida girl was thrown from a bridge and died, and a woman who is believed to be her mother was arrested, police said. (Google Street View)
US News

Florida Girl, 4, Dies After Being Thrown Off Bridge; Woman in Custody

A 4-year-old Florida girl was thrown from a bridge into a river and died, and a woman who is believed to be her mother was arrested, police said.

The young girl was thrown into the Hillsborough River in Tampa at around 4 p.m. on Aug. 2, witnesses told the Tampa Bay Police Department.

#BREAKING: 4-year-old girl dies after being thrown off bridge into Tampa river by woman believed to be her mother https://t.co/N1NJiOMIr2 pic.twitter.com/8ShssLZKff

Witnesses called the police after seeing the woman throw the girl, Local10 reported. The girl was extricated from the river and was rushed to a hospital via an ambulance, but she was pronounced dead at the hospital, the report stated.

Tampa Police Department later identified the woman as 26-year-old Shakayla Denson while the victim has been identified as 4-year-old Je’Hyrah Daniels, according to a police statement.

According to the Tampa Bay Times, the child was found in the water around 75 feet offshore.

Police spokesman Steve Hegarty said the woman was found walking near the scene of the crime, but she “has provided little information at this point,” the Times reported.

“Unfortunately at this time, there are much more questions than there are answers,” Chief Dugan told Fox5. “It’s the craziness of the world we live in at this time.”

“It’s terrible to see. I don’t want to see that happen to a 4-year-old,” neighbor Romano Muniz told the Fox affiliate.