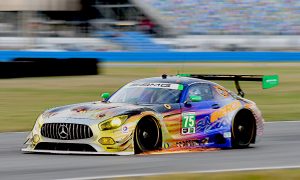 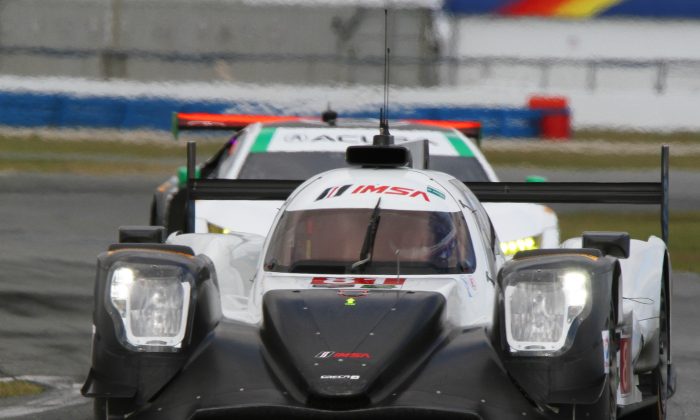 DAYTONA BEACH, Fla.—Ben Hanley has started his second season with Dragonspeed Racing in fine form, setting fastest lap at the IMSA WeatherTech Roar Before the Rolex 24.

Hanley bested twelve teams featuring some of the world’s best drivers, including World Champion Neel Jani, who held the record through four sessions in the Rebellion Racing Oreca-Gibson. Hanley turned in a lap of 1:38.343 at 130.3, besting Jani’s quickest effort, a 138.944 at 129.4 mph, by more than half a second..

Hanley’s performance is all the more impressive because prior to the Roar, the 31-year-old Brit had never been to Daytona.

“It’s our first time here for all the drivers on the team so it’s just about getting experience, learning the passing zones, how busy the tracks going to be in the race … It’s going to be challenging,” he explained after the Roar’s final session.

“We’ve had had a great three days I think we’ve had just about every weather condition which is good preparation for the race the first day was nice and warm then we had some rain then it turned cold then we had the night session so it’s been great experience for the team and myself as well.”

The track had quite an impact on the Manchester native the first time he approached thefacility. “It’s fantastic. Your first impression when you drive up to the place you see the huge grandstands … you see the banking when you come into the track … It’s a great experience to drive around here. The whole week’s been an eye opener for me.”

Hanley started his career in karting at the age of 14, wining eight championships between 1999 and 2015. He expanded to Formula Renault, GP2, and Euroseries before signing with Dragonspeed in 2016 to race in the European Le Mans Series. Hanley will be driving for the team in EMS and at the Le Mans 24 in 2017.

Despite having driven on most of Europe’s most famous tracks, nowhere he had raced before prepared him for Daytona. “We don’t have anywhere in Europe with the banking like we have here. The infield is quite slow and bumpy, a lot of long-radius corners … It’s quite tricky. It’s a bit unique, really.

Despite doing so well in the test, Hanley wasn’t lulled into thinking the race would be easy. “The driver line-ups are impressive—there are no weak teams … it’s a 24-hour race so anything can happen, we know that. We’ve just got to be there at the end and hope we can grab something.”

Hanley is no stranger to multi-class racing, with a season of ELMS under his belt, but racing at Daytona still presents unique challenges.

Hanley will return home to Manchester England to rest and prepare for the Rolex 24.