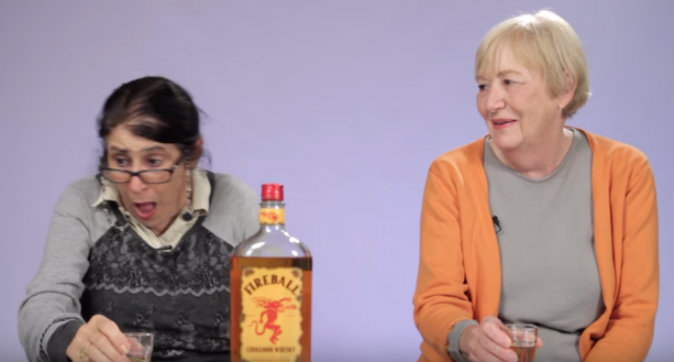 A video showing elderly women trying a fireball whisky for the first time has gone viral—again.

The footage, which was first uploaded to YouTube in 2015, has resurfaced in a big way in early 2016 and is attracting hundreds of thousands of viewers.

The clips show the older women trying the Fireball Cinnamon Whisky and reacting to the spicy taste.

“Not bad,” says one, before coughing and exclaiming “It is hot!” when the aftertaste hits.

“That’ll warm your belly, that’s for sure,” added another.

Yet another said that the whisky was “mighty impressive.”