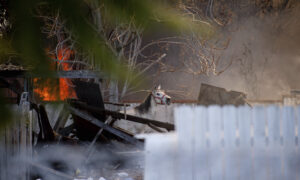 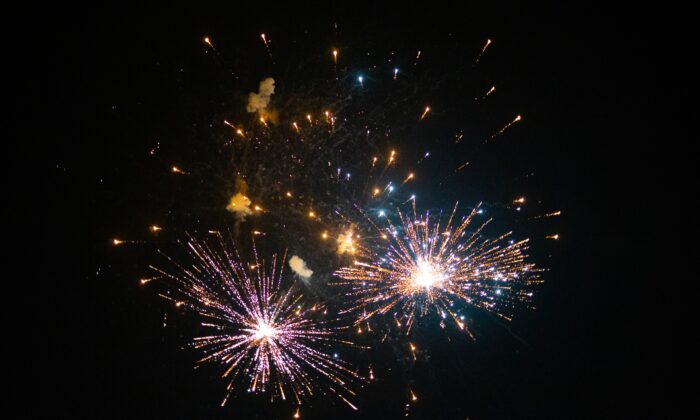 The improper use of fireworks could spark blazes as the state enters into fire season, said Orange County Fire Authority Chief Brian Fennessy.

“To avoid the risk of fireworks and enjoy the Fourth of July, we encourage everyone to go to a public display at one of the 18 locations throughout Orange County,” Fennessy said during a June 30 press conference. “Don’t become a statistic. Leave the fireworks to professionals and have a safe Fourth of July.”

Pyrotechnics aren’t just a fire hazard—many explosive devices have the ability to gravely hurt the person igniting them, as well as bystanders.

Dr. Andrea Dunkelman, of the Orange County Burn Center, said fireworks start an average of 19,500 fires each year, and that each Fourth of July, about 9,300 people suffer firework-related injuries. Of those injuries, 40 percent are from illegal fireworks and 45 percent hurt children younger than 14.

“The most commonly burned areas are the face, hands, ears and eyes,” Dunkelman told reporters at the June 30 press conference. “Severe injuries can not only occur from the actual fire, but also from flying particles from these fireworks. Families and children are encouraged to keep a safe distance from any fireworks.”

Dunkelman said that if someone suffers a minor burn injury, they should wash the area with room temperature water. They should not apply ice or any other ointments, and instead head to the nearest burn center. Those helping the victim of a major burn injury should not move the patient or apply water, and instead call 911 immediately.

Orange County Sheriff Don Barnes said the hazardous devices squad has collected more than 11,000 pounds of illegal fireworks this year, more than all of 2020 combined.

“That is a significant number,” he said.

Speaking during the press conference, Barnes then displayed an illegal firework known as a skyrocket, which he said many people tend to modify, making it highly dangerous as it contains more than 50 grams of explosives.

“[The skyrocket] is an explosive device intended to light off in the air. It is illegal in the state of California,” the sheriff said. “Three times in the last 12 months, individuals have removed that incendiary device off the top and lit it in their hand. This is a spontaneous fuse, meaning when you light it, it’s going to explode. Several people had their hands blown apart, lost fingers, and lost use of their hands, limbs and had facial injuries.”

Orange County District Attorney Todd Spitzer said he understands that given this is the first Fourth of July since the COVID-19 shutdowns, people are seeking to let off some steam. However, he said, lighting fireworks is not the way to do it.

“There’s all this pent up energy, and it’s exciting to see that we’re back as a community and we’re all going to celebrate America’s freedom and America’s independence,” Spitzer said. “But what I want to make sure that everybody understands today is if you do not utilize safe and sane fireworks, that is a violation of state law.”

“Possession of fireworks that are not safe and sane, no matter where you are in California, can be up to one year in county jail and a $1,000 fine,” Spitzer said.

Common illegal fireworks include skyrockets, roman candles, aerial shells, sparklers larger than 10 inches in length or a quarter-inch diameter, firecrackers, and M-80s, which Spitzer said is a quarter stick of dynamite.