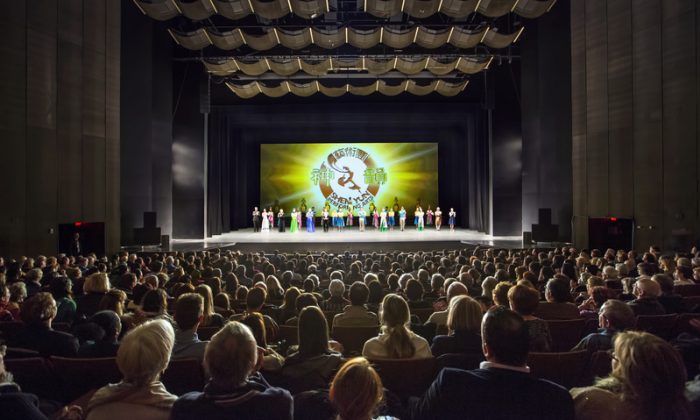 MONTREAL—Propriety and justice are among the fundamental principles that guide and maintain a society, and Guy Lemoine is someone who gives these principles the force of life.

The respected lawyer has worked in the Office of the Attorney General of Quebec, specializing in economic crime, and was once vice chairman of the Securities Commission of Québec and founding president of Québec’s adjudicative body, the Bureau de décision et de révision en valeurs mobilières du Québec.

Among other distinguished positions, he is also on the board of the Canadian Foundation for Advancement of Investor Rights and is a member of the Consumer and Investor Advisory Council.

On Jan. 9 at Place des Arts, Mr. Lemoine attended Shen Yun Performing Arts, a renowned classical Chinese dance and music production that came into being exactly because the oldest continuous civilization in the world today abandoned the principles of propriety and justice and turned its traditional culture on its head.

China was once a land guided by the three faiths of Confucianism, Buddhism, and Taoism, nourished by a profound system of moral values and the five cardinal virtues of benevolence, righteousness, propriety, wisdom, and faithfulness.

But when the Chinese Communist Party took power, right and wrong became whatever the Party said they were, and good principles became fleeting ideas.

Mr. Lemoine noted the traditional values Shen Yun put on stage and the oppressive character of the current Chinese regime. It’s a scenario that had him thinking about how humanity behaves, he said.

He also said he enjoyed the show very much, including each musical solo and dances performed.

“I enjoyed them all and I liked the music. I think the music is very interesting.”

“It’s very calming and soothing. It’s like meditation,” he said.

“They’re marvellous and the costumes are very nice,” he said.

Shen Yun’s signature backdrop, a vividly animated digital projection that often interacts with the dancers, also made an impression.

“It’s quite magical to see the dancers disappear and appear somewhere else on the screen. I think it’s very well done.”

Mr. Lemoine was among a nearly sold-out crowd that night. The audience clapped until the curtain raised again in a standing ovation that lasted several minutes.

He said he would leave the show thinking of the colour and the magic of the performance.