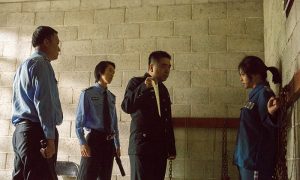 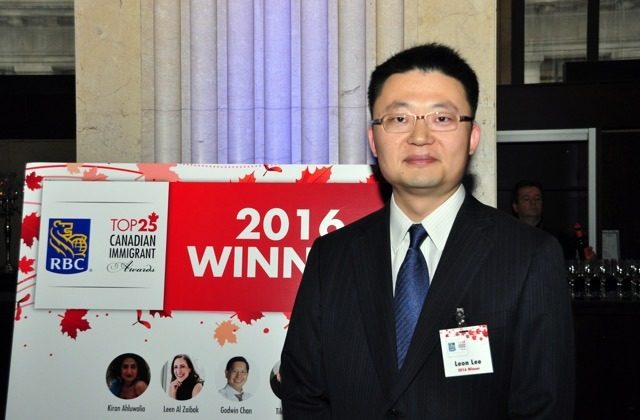 Vancouver filmmaker Leon Lee, one of RBC's Top 25 Canadian Immigrants of 2016, during the awards ceremony at One King West Hotel in Toronto on June 21, 2016. (Courtesy Flying Cloud Productions)
Canada

Vancouver filmmaker Leon Lee has been chosen as one of RBC’s Top 25 Canadian Immigrants of 2016.

Selected from among 630 applicants from across Canada, the Peabody Award-winning director was given the honour because his 2014 film, “Human Harvest,” “has saved Canadian lives by informing the public, organ patients, and the medical community about the illegal and dangerous organ trade in China,” according to the judges.

“His work also saves lives of innocent victims by urging the international community to demand an end to forced organ harvesting in China.”

The awards were presented June 21 at One King West Hotel in Toronto. The winners were chosen from a shortlist of 75 finalists.

“I’m honoured to accept this award,” Lee said in a press release.

“My respect and gratitude for Canada’s people and institutions has risen yet again. Here they not only protect human rights champions, they award them. Where I come from, it’s completely the opposite. This recognition will open mainland Chinese peoples’ eyes, whether they live here or in China, to the dangerous coverup the Chinese regime is spinning—a coverup the rest of the world is well aware of.

“I applaud the judges and sponsors who vetted the facts and joined the cry to end such terrible crimes.”

Lee said the award will help spur on his filmmaking, which includes the recently released tech thriller “The Bleeding Edge,” winner of a Gabriel Award, and the upcoming documentary “Avenues of Escape,” about the attempts by three women to flee China where they were sentenced to hard labour for their belief in Falun Gong, a traditional meditation practice handed down from ancient China.