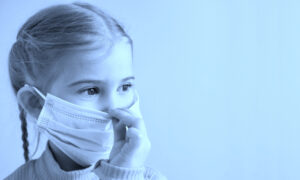 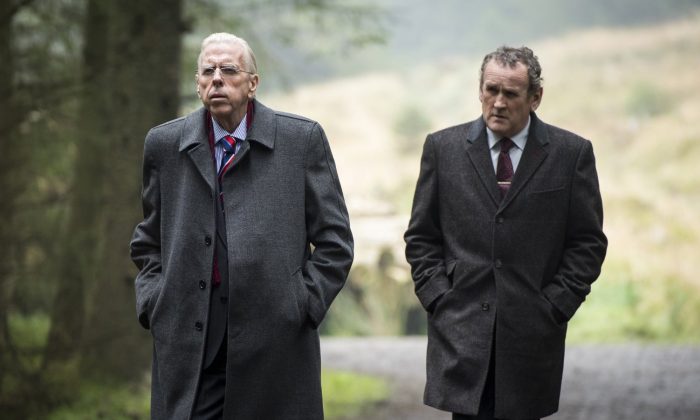 Despite their titles, the First Minister and the Deputy First Minister of Northern Ireland, UK have equal executive powers. It is all very fair & square and even-steven. It almost sounds ridiculous, but it sure beats shootings and bombings. Before the bitter rivals Ian Paisley and Martin McGuinness could assume their historic power-sharing offices, they would have to agree to end the violence and start trusting each other. Their eventual meeting of the minds inspired Nick Hamm’s (mostly) fictionalized “The Journey,” which opens June 16 in New York.

Hamm’s approach is straight forward and conventional, but that rather makes sense.

Obviously, an agreement was hashed out at St. Andrews that both sides would abide by. Frankly, if  “The Journey” were about a peace-summit negotiator opting for bloodshed over peace it probably would have been called “Arafat at Taba” instead.

Ian Paisley was the Democratic Unionist Party Nixon going to China, whereas McGuinness was the first to admit he was a more palatable public face of Sinn Féin than the radioactive Gerry Adams, but at this point in the negotiations, they were still rather standoffish towards each other.

Facing a potential deadlock, MI-5 ever so logically decides a long car ride will be just the thing to improve their dispositions. Opportunity presents itself when Paisley asks for one day’s leave to attend his 50th wedding anniversary party. McGuinness is willing to oblige, but he invites himself along for the ride.

All the while Tony Blair and fictional (or is he?) MI-5 Northern Ireland specialist Harry Patterson monitor their discussions through the dash cam, relying instructions to the 12-year-old-looking livery driver, who is actually Patterson’s plant. The clock is ticking, because Paisley’s private flight has a narrow window to beat an approaching storm.

Throughout the film, Hamm and screenwriter Colin Bateman consistently portray McGuinness as the more reasonable and willing to compromise of the two, whereas Paisley (whose DUP party is currently propping up Theresa May) is the more formidable, in a righteous Old Testament sort of way.

Despite these biases, it is a pleasure to watch two old pros like Colm Meaney and Timothy Spall play off each other. They clearly relish the opportunity to spar together.

Unfortunately, Bateman is no Peter Morgan. For the most part, his dialogue is rather workaday and/or on the nose, except for the incisively written scene in which McGuinness sort of-kind of acknowledges his past complicity for supporting horrific acts of terror.

Of course, it is treat to watch the late Sir John Hurt liven up the proceedings with his crafty, charismatic presence. As usual, he is slyly understated as the MI-5 spook for peace. It should also be noted Ian Beattie is an eerie dead-ringer for Gerry Adams (seriously, has anyone ever seen them together in the same room?), whereas Toby Stephens does not look the slightest bit like Tony Blair, but it hardly matters, since he mostly just watches the dash cam and frets about things.

There is something appealing about a film that celebrates political risk-taking and the start of a genuine odd couple friendship. Hamm’s approach is straight forward and conventional, but that rather makes sense, considering he had Spall, Meaney, and Hurt to showcase.

Recommended for fans of recent vintage historical dramas, “The Journey”  opens June 16 in New York, at the IFC Center.