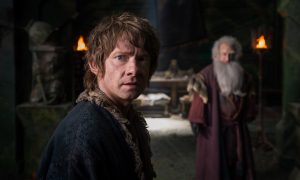 Film Review: 'The Hobbit: The Battle of the Five Armies'
0 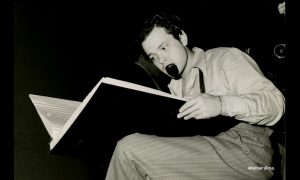 Film Review: ‘A Tale of Winter,’ Pining Away

It is the second installment of Eric Rohmer’s cinematic quartet thematically linked by the four seasons and the closest he came to producing a Christmas movie. The year-end holidays will indeed be celebrated and a visit to church will yield tremendous spiritual comfort. Nonetheless, interpersonal relationships remain as tricky as ever in Rohmer’s 1992 film “A Tale of Winter,” which opens this Friday, Dec. 19, in New York at the Elinor Bunin Munroe Film Center.

Technically, this tale begins at the end of summer—and what a lovely summer it was. While on holiday, Félicie fell madly in love with Charles, an itinerant but highly trained chef. After weeks of gamboling, they parted at the train station, promising to reconnect soon. When five years pass in a flash, it is clear that did not happen. However, it is not his fault. Félicie inadvertently scrawled out the wrong address, as she sometimes does.

Since he had no permanent information, their ties were severed, leaving her on her own to raise the daughter he never knew of. Yet, she clings to the romantic notion that fate will somehow reunite them, just as she resolves to settle down with Maxence, her boss at the hair salon. That leaves tragically intellectual Loïc as the odd man out in her life, at least until she decides that cohabitating with Maxence is not working out as she hoped, which takes about a day.

Rohmer’s films very definitely serve as time capsules, reflecting the peculiar pressures of love or something close to it at the time each was produced. While the exact circumstances seem quaint in the era of email, pining for the one that got away will never be an obsolete phenomenon, and Rohmer fully captures the feeling. Although he is the missing man, Charles’s presence (or rather its lack) is tangibly felt throughout the film.

Frankly, Rohmer is the sort of filmmaker audiences might very well hate if they only see one of his films, but if they binge on three or four, they will start to love them all. The aesthetics of their workaday visuals, deceptively simple narratives, and dialogue that is both realistic yet heavy in meaning take some getting used to.

In all honesty, Richard Misek’s docu-essay “Rohmer in Paris” is quite helpful in developing one’s Rohmer sea legs, clueing viewers into Rohmerisms such as characters’ constant perambulating and his obsessive marking of the passage of days. Eventually, though, the honesty of his films and the apparent effortlessness of his auteurism will just click open the lock in your head.

For the most part, “Winter” is good as most of Rohmer’s oeuvre, but a scene in which Félicie visits a local church rather than return to the impatient Maxence and her subsequent description of the resulting epiphany boost it to a higher level. It really demonstrates how Rohmer could lower the boom without anyone seeing it coming.

As Félicie, Charlotte Véry rises to the occasion of her big, character-plumbing scenes, but she often feels miscast, which is a slight problem considering she is on-screen nearly every second. Félicie is supposed to be a stunner, prone to impulsiveness, yet still easily capable of juggling multiple men. However, Véry has a somewhat modest screen presence.

Regardless, she still comes across real enough in the moment, even if we can’t quite buy into her as a pseudo-femme fatale. In contrast, Frédéric van den Driessche perfectly embodies the dashing Charles, while Hervé Furic plays the unassuming Loïc as a complicated, fully dimensional person, bookish though he might be. He keeps the film emotionally grounded and selflessly facilitates the big themes that ultimately emerge.

“A Tale of Winter” is a quintessentially Rohmeresque film in that it leaves viewers feeling they have eavesdropped on someone else’s life and maybe gleaned a few lessons from the experience. Arguably, it takes some wild turns down the stretch, but Rohmer makes them look logical and matter-of-fact.

‘A Tale of Winter’