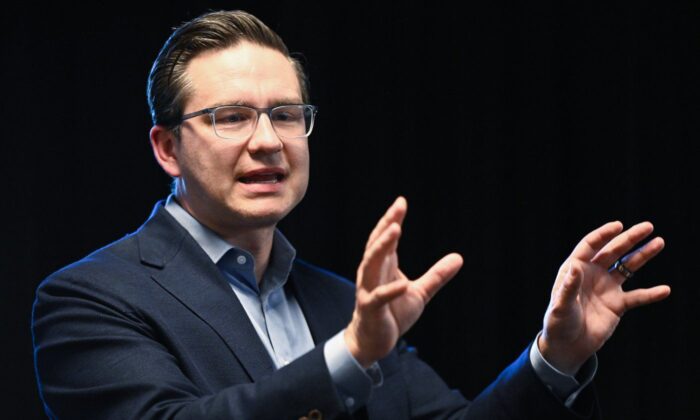 Pierre Poilievre, contender for the leadership of the federal Conservative party, speaks at a rally, in Charlottetown P.E.I., on Aug. 20, 2022. (The Canadian Press/Jacques Boissinot)
Canada

Pierre Poilievre is waging one of his final battles in the Conservative leadership race.

In a new video posted to social media, the apparent front-runner is promising to enact what he calls the “Plain Language Law,” which he says would bring an end to government jargon, including in legislative documents.

Poilievre says the law would ensure government publications are instead written in simple, straightforward sentences, but he didn’t explain how such a law would work—or how the bill itself would be written without using jargon.

He argues government documents are needlessly complicated because the bureaucrats who write them use overly technical language, which creates hurdles for small businesses that have to read them.

The fight for fewer words appears to be one Poilievre takes personally, as he complained about politicians’ use of jargon in a speech given more than a decade ago.