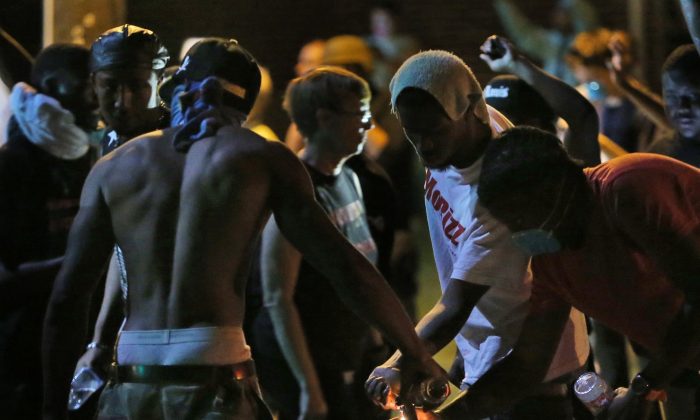 The library in Ferguson, Missouri, is open amid protests and unrest.

When one does a Google search for Ferguson, they’ll get “Ferguson library” as one of the first search terms.

The protests and riots were sparked after a police officer shot and killed 18-year-old Michael Brown. The police officer–who has not been identified–is accused of using excessive force in the matter.

Obama said, “When something like this happens, local authorities, including the police, have a responsibility to be open and transparent about how they are investigating that death.”

The president also said that there’s “never an excuse for violence against police or for those who would use this tragedy as a cover for vandalism or looting.”

“There is also no excuse for police to use excessive force against peaceful protests or to throw protesters in jail for lawfully exercising their First Amendment rights. And here in the United States of America, police should not be arresting or bullying journalists who are just trying to do their jobs,” he continued.

Nixon also released his own statement on the matter.

“The worsening situation in Ferguson is deeply troubling, and does not represent who we are as Missourians or as Americans,” Nixon said. “While we all respect the solemn responsibility of our law enforcement officers to protect the public, we must also safeguard the rights of Missourians to peaceably assemble and the rights of the press to report on matters of public concern.”

He added: “Once again, I ask that members of the community demonstrate patience and calm while the investigation continues, and I urge law enforcement agencies to keep the peace and respect the rights of residents and the press during this difficult time.”