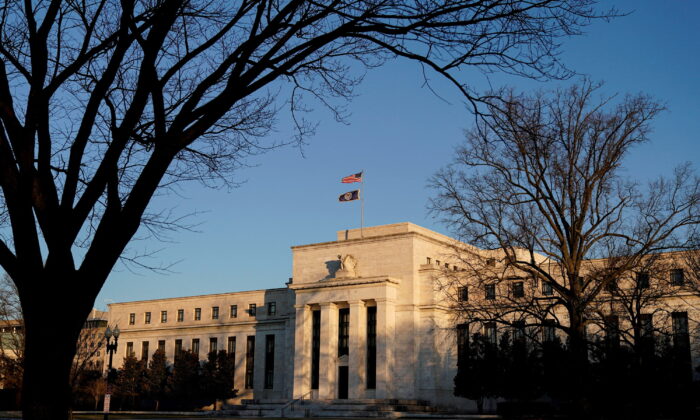 Bostic, who was one of the first central bank officials to retire the term “transitory” last year, told Bloomberg that the institution doesn’t need to be more aggressive than it already is in fighting inflation.

“I think we can stay at this pace and this cadence and really see how the markets evolve,” he said. “We are going to move a couple of times, maybe two, maybe three times, see how the economy responds, see if inflation continues to move closer to our 2 percent target, then we can take a pause and see how things are going.”

He effectively ruled out a 75-basis-point hike at the next Federal Open Market Committee (FOMC) meeting, echoing Chair Jerome Powell’s remarks at last week’s press conference, when he rejected the possibility of rate increases larger than a half-point for the immediate future.

The head of the Atlanta Fed Bank hopes that many of the pressures outside of the central bank’s control will ease.

“My hope is that a lot of the things that are out of our control, things like supply chain disruptions and the like, are going to get to a better place,” Bostic added. “If we start to see movement on the supply side, that means we have to push less on demand.”

Last week, the rate-setting committee raised the benchmark fed funds rate by 50 basis points, increasing the target range to 0.75 percent to 1 percent. The amount, which was widely expected by the market, was the biggest rate boost in more than 20 years.

However, he acknowledged that it would take longer than he had anticipated. Low-income households will feel the economic pain of both higher consumer prices and tightening monetary policy, Kashkari told CNBC on May 9.

Kashkari, who has generally favored looser monetary policy throughout his tenure, accepted that the current environment “is a difficult challenge” for everyone and could diminish the country’s “long-run potential for anybody across the income distribution.”

Looking ahead, the Fed must monitor the data and determine if conditions are softening a bit before reaching conclusions.

U.S. financial markets are bracing for the April consumer price index (CPI) data that will be published on May 11. Economists are expecting a headline inflation reading of 8.1 percent, down from 8.5 percent in the previous month.

In a research note on May 9, Yardeni Research pointed to slowing wage growth as another sign that inflation could be peaking. At the same time, rising unit labor costs, price-paid indexes, and soaring food and energy prices may suggest the opposite.

“Notwithstanding the signs of peaking inflation, plenty of other indicators and developments suggest the opposite—that inflation is moving higher and might continue to do so,” the note stated. “That would certainly put pressure on the Fed to tighten more aggressively.”

Still, some believe that the Fed should have started raising rates a while ago, before inflation spiraled out of control and left the economy vulnerable to weakness in the event of accelerated quantitative tightening.

“There are different ways to deal with inflation,” Ken Mahoney, CEO and president of Mahoney Asset Management, told The Epoch Times.

“The Fed can use monetary policy or the instrument of raising rates, but there will be collateral damage that comes with that to the equity and real estate markets. It should be a two-pronged approach that couples Fed policy and going at the source of this inflation, which are broken supply chains, maybe drilling for more oil—things that we can physically do to ease the inflationary pressures. The Fed can continue to raise rates until they are blue in the face, but if we never attempt to fix the source of inflation, it will continue to exist.”

Fed Governor Christopher Waller fired back against critics who accused the central bank of being behind the curve, dismissing these assertions.

“First, I want to emphasize that forecasting is hard for everyone, especially in a pandemic. In terms of missing on inflation, policymakers’ projections looked very much like most of the public’s,” Waller said in a prepared speech at the 2022 Hoover Institution Monetary Conference on May 6.

“Many of our critics tend to focus only on the inflation aspect of our mandate and ignore the employment leg of our mandate. But we cannot,” he added. “So, what may appear as a policy error to some was viewed as appropriate policy by others based on their views regarding the health of the labor market.”

St. Louis Fed Bank President James Bullard spoke at the same Stanford University conference, stating that the central bank is “not as far behind the curve as you might have thought.”

“It’s going in the right direction. Hopefully, we’ll be able to get away from this behind-the-curve characterization soon,” he said.

Fed officials are ostensibly split on how much higher interest rates should go this year.

Bostic wants to see the benchmark rate in the range of 2 percent to 2.5 percent. But Bullard believes rates should rise “expeditiously” to as high as 3.6 percent to curb inflation effectively.

Whether the Fed becomes less or more aggressive, experts contend that it will be challenging to engineer a soft landing. This would consist of successfully defeating inflation while supporting economic growth and labor markets.

Former Fed Vice Chair Richard Clarida warned that “difficult trade-offs lie ahead,” while Randal Quarles, also a former vice chair at the central bank, says the chief consequence of inflation-busting rate increases “is likely to be a recession.”

During a post-FOMC press conference last week, Powell acknowledged that a rising-rate environment, which will lead to higher borrowing costs across the nation’s credit markets, will cause “some pain” for many struggling Americans.

“But, you know, the big pain is in not dealing with inflation, and allowing it to become entrenched,” he stated.

A recent CNBC + Acorns Invest in You survey indicates that 81 percent of U.S. adults think the economy will slip into a recession this year.

Inflation expectations over the next year declined to a median 6.3 percent in April, a drop from the record high posted in March, according to the New York Fed’s Survey of Consumers Expectations.