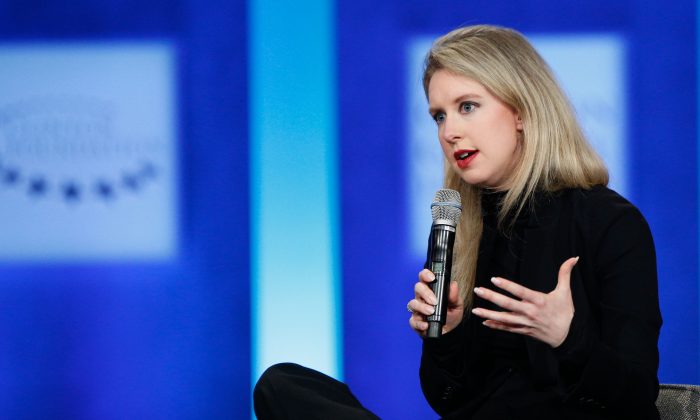 The embattled health care startup Theranos, which has been fighting off accusations that the effectiveness of its blood tests were unproven, suffered another setback on Tuesday, Oct. 27, when the Food and Drug Administration (FDA) called its Nanotainers—tiny vials used to collect finger pricks of blood—an “uncleared medical device” in two inspection reports.

Theranos, which was last valued at $9 billion, boasts that its Nanotainers can test for a range of diseases from just a pinprick of blood, a far lesser quantity than conventional tests. But a report by the Wall Street Journal earlier in October cast doubts about its effectiveness, charging that the medical results obtained by Nanotainers didn’t match up with that of other tests.

The widely read report put Theranos on the defensive, and on Oct. 26 the company finally agreed to share its testing data with peer-reviewers, days after Walgreens froze the expansion of blood-testing centers that deployed its Nanotainers. Theranos operates in 45 locations, most of them Walgreens Wellness Centers in Arizona.

“Data is a powerful thing because it speaks for itself,” Theranos CEO Elizabeth Holmes said at the Cleveland Clinic conference, the New York Times reported, but did not specify when the data would be published.

The FDA’s reports don’t concern the effectiveness of Theranos’s proprietary technology, and instead focused on the company’s failure to meet bureaucratic standards such as the documentation of “software validation activities” and “quality audits,” nor do the FDA reports pose a legal threat to Theranos, which had already voluntarily halted the deployment of more than 240 Nanotainer tests while seeking FDA approval.

The main thrust of criticism directed at Theranos relates to the unorthodox path it has taken to rush its products to consumers.

The company’s finger-prick test for herpes simplex 1, which received FDA approval in July, remains the sole Nanotainer in use.

The main thrust of criticism directed at Theranos relates to the unorthodox path it has taken to rush its products to consumers. Instead of sending the experimental data for its Nanotainers to the FDA, Theranos had its technology approved as a “laboratory-developed test.” Under the Clinical Laboratory Improvement Amendments (CLIA), Theranos could get its products to market as long as its lab was certified by the Centers for Medicare and Medicaid Services (CMS).

According to the Wall Street Journal, Theranos exploited a loophole in CLIA by using conventional technology, not its Nanotainers, to produce testing results that matched the standards set forth by CMS, while producing no evidence that its technology actually worked.

Theranos has defended the practice, arguing that the standardized blood samples provided by the CMS for lab proficiency, which are freeze-dried and mixed with preservatives so they can be shipped across the country, wouldn’t accurately gauge the effectiveness of Nanotainers, which draws on fresh blood.

“When no peer group is available—i.e., when no other lab is running exactly the same method and the same platform—the procedure for proficiency testing, as dictated by industry standards from the Clinical and Laboratory Standards Institute (CLSI) and others, may be different,” Theranos said in a statement. “It is called alternative assessment procedures, or AAP. This is provided for in CLIA regulations (42 C.F.R. § 493.1236(c)(2)), as we told the [WSJ] reporter, including in writing.”

Theranos further states that it frequently compares the diagnostic capabilities of Nanotainers with that of conventional testing devices using real clinical blood samples, and that the results of those tests are available on file to regulators, and furthermore charges the WSJ with distorting the content of emails it had obtained from the company’s employees.

“The reporter cites claims of anonymous former employees that Sunny Balwani, our president and COO, ordered them to ‘report only the result from instruments bought from other companies,'” Theranos said. “This is nothing more than a description of Theranos’s proficiency-testing process and alternative assessment procedures.”